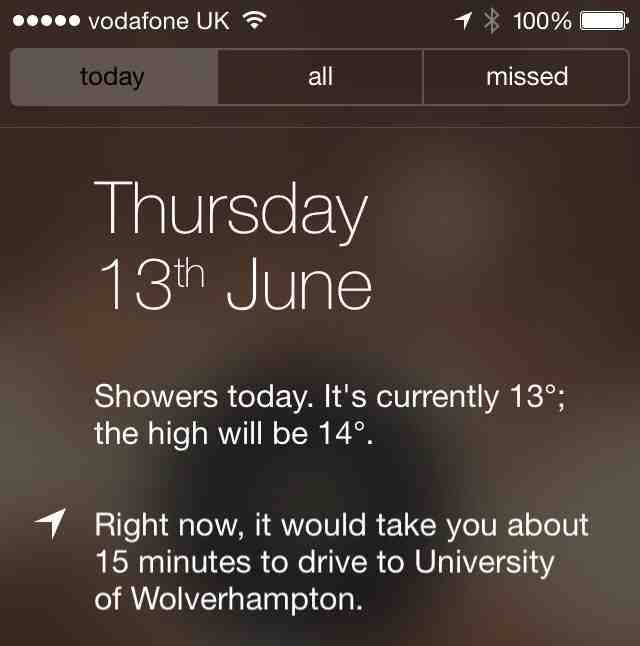 Apple has added Google Now style functionality into the Notification Center in iOS7 with a feature called Today, using information from your calendar appointments and knowledge of your frequently-visited locations to proactively offer you information and advice that it thinks will be relevant.

The Google Now app first launched on Android was made available on iOS back in April as an update to Google’s existing search app. Apple  has been gradually distancing itself from Google, most notably by replacing Google Maps with Apple Maps – hopefully with those lessons now firmly learned …  END_OF_DOCUMENT_TOKEN_TO_BE_REPLACED