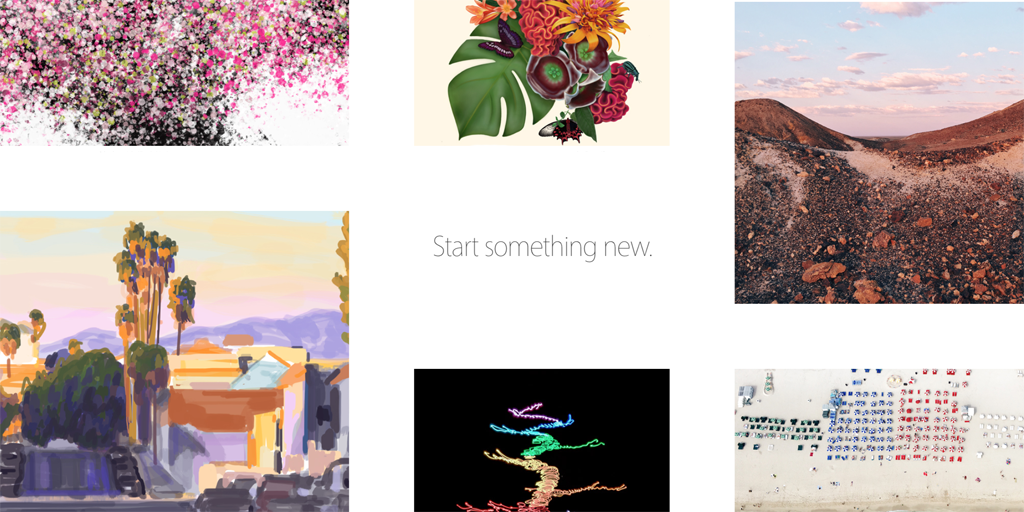 Apple will be offering two new workshops at Apple Stores in the new year, CNET reports, each designed to help customers bring out their artistic side. One is geared to creative photography techniques on the iPhone, while the other is about using iPads for sketching, drawing and painting.

“We’ll help you try out various accessories and techniques — like long exposure for light trails, using Time-lapse to show progression, or getting up close with nature using a macro lens,” Apple said in a statement. “Then, we’ll explore artistic ways to adjust and edit your photos, so you can create a work of art, find your style, or just improve your skills.”

Both workshops are part of Apple’s Start Something New campaign, first launched a year ago by using retail stores as temporary art galleries …

END_OF_DOCUMENT_TOKEN_TO_BE_REPLACED 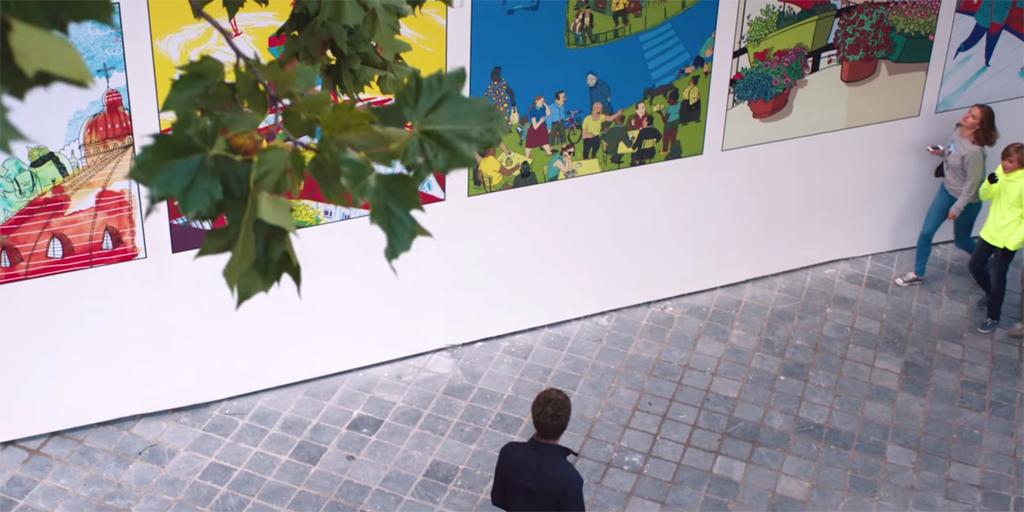 In the run-up to Saturday’s opening of the first Apple Store in Belgium, Apple has uploaded a video showcasing the artists behind the comic art it is featuring on the hoardings outside the store. Brussels is known for its comic art, with many young artists moving there to further their careers.

Apple asked 20 artists to each create five images to help tell the story of the city. The paintings are displayed along with the slogan ‘The creativity continues.’

Featuring local artists at soon-to-be-opened stores seems to now have become standard practice for Apple. We’ve seen calligraphy used in Hangzhou, a combined painting and photo in Chongqing, and a mural in Miami.

What will the Apple Watch Edition cost? Jewelry and watch people weigh in 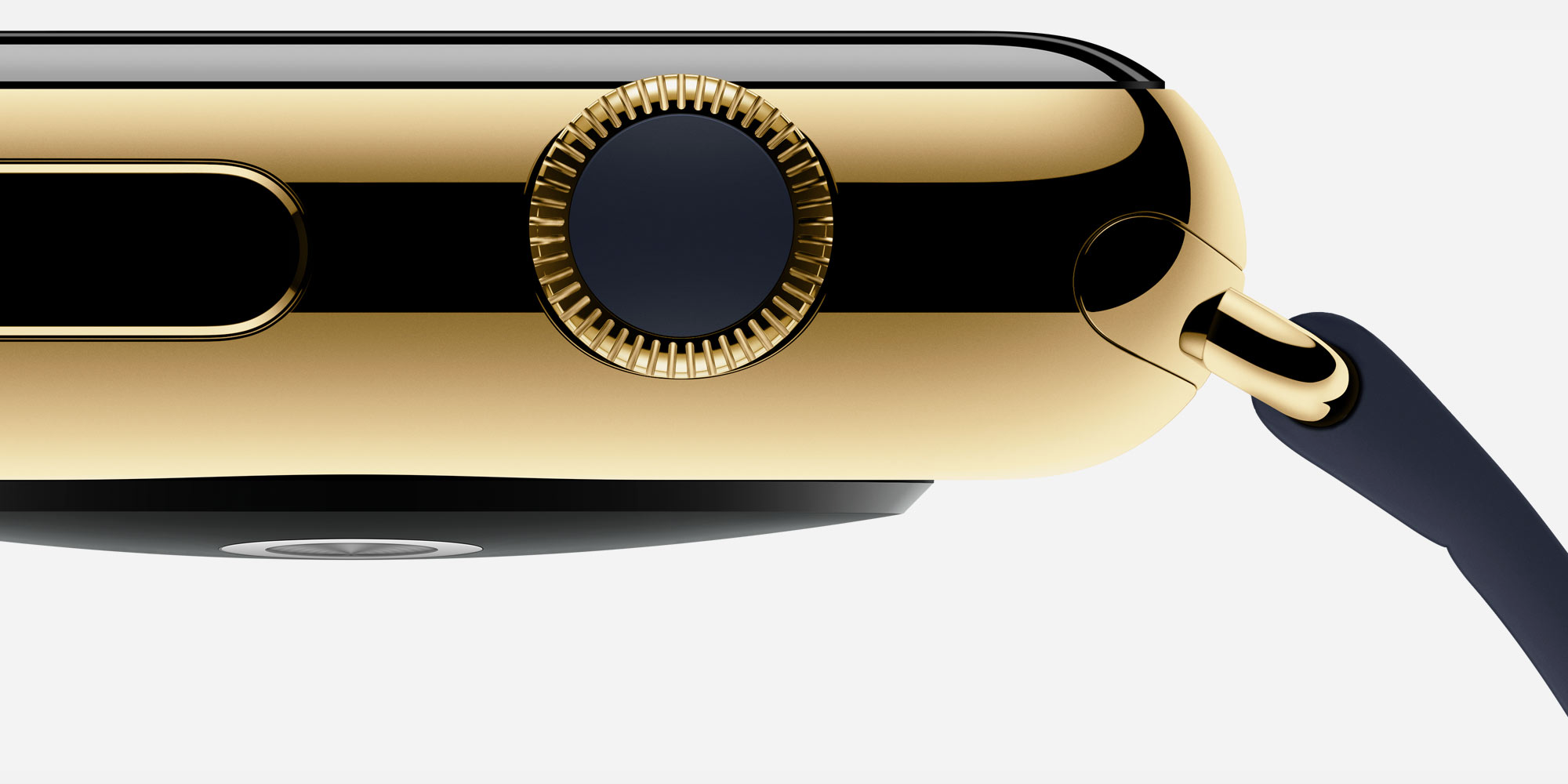 [Ed. Note: Rob Bates, is a senior editor for JCK, and blogger/writer about the diamond and jewelry industries—this post originally posted here]

When we first started talking about the Apple Watch, some predicted that the highest-end model—the 18k gold Edition—could retail for more than $1,000. Now that seems almost quaint. Apple-focused blogs such as Daring Fireball now regularly bandy about numbers like $10,000—and sometimes far more.

The jewelry and watch sources I spoke with all think a price tag of $6,000 or more is reasonable, maybe even probable. “If it’s under $5,000, it will shock me,” says Michael Pucci, founder of the Los Angeles–based Abbiamo Group, marketing and sales consultants for jewelry and watches. He thinks the price tag will fall between $6,000 and $10,000, but not likely much more than that.

The 18k gold is, of course, the watch’s most valuable component. While it’s difficult to judge gold content from photos—given questions about thickness, etc.—industry experts believe the watch and accompanying case will use about 1 ounce of gold (currently trading for around $1,200). 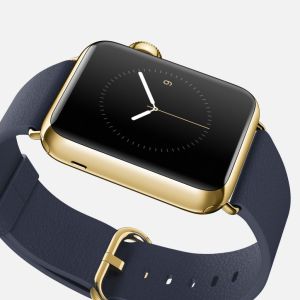 Yet, you can’t just value the gold by weight, argues Torry Hoover, president of Hoover & Strong, the metals refiner.

“These can’t be mass-produced,” he says. “You can machine parts of it, but it will take a fair amount to make a case. There is still a lot of handwork that has to be done with it.”

“We all know how soft gold is. It’s tricky. It moves around a little more than other metals. You have a lot of sharp edges and soft materials and little connection points, so you can’t just use manufacturing tools. The lugs may end up snapping off. One little pockmark on this thing will show up. You can’t just use the same tools as the other models and throw some gold in there, and there is your watch.”

Apple claims it’s using a company-developed metal that’s “up to twice as hard as standard gold.” Of course, saying “up to” gives it a lot of leeway, and no one I spoke to thinks it will introduce anything truly radical.

“There are always different alloys, but I think that’s more marketing than anything else,” says Morris Chabbott, managing director of New York City–based Morét Time. “I’ve been in the gold business, and there are many different things you can do with it. Apple is about making the best technology, so if they are making gold they may want a little edge to it.” END_OF_DOCUMENT_TOKEN_TO_BE_REPLACED 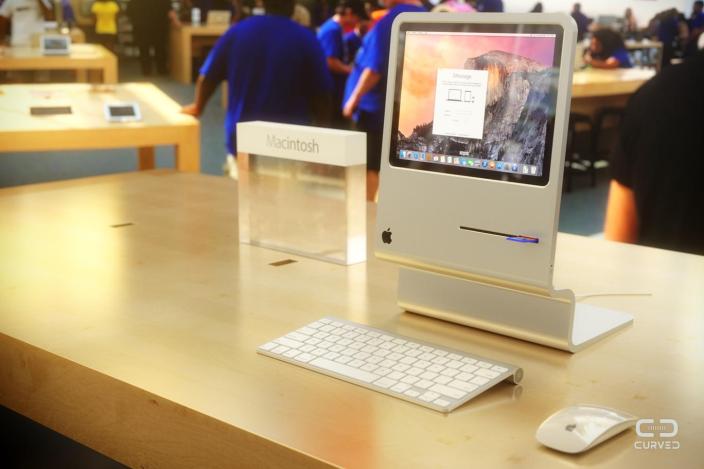 Beautiful renderings from German site Curved/labs depict a stunning metallic ode to Apple’s original Macintosh computer. While acknowledging the enhanced functionality of Apple’s latest computers, such as the Retina iMac, Curved/labs suggests that the company often neglects its own design history when releasing new machines – the inspiration for this “tribute.” END_OF_DOCUMENT_TOKEN_TO_BE_REPLACED

After 17 months of construction and  delays, Apple has made it official: the Hannover Germany Store will open this Saturday at 10am local time. The multi-level store will be the 14th Apple retail venue in Germany and will be modelled similar to the Opera Paris Store which opened in 2010. The Bahnhofstrasse 5 location is in a pedestrian zone only few meters from Hannover Central Station and just off the popular shopping promenade “Niki de Saint Phalle“. As always, there will be a free, specially printed Apple Store T-shirts for the first visitors. 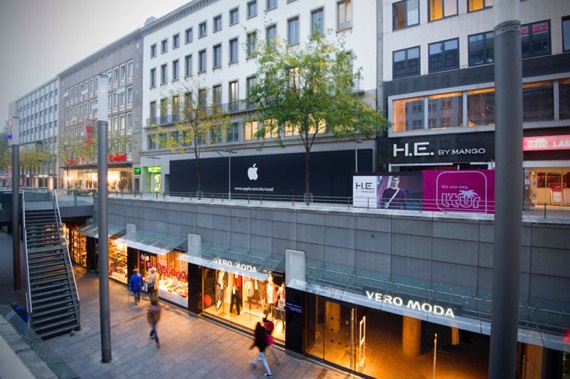 If you are in Germany and want to knock out two birds with one stone, you can reserve an iPhone for the Hannover Store here. 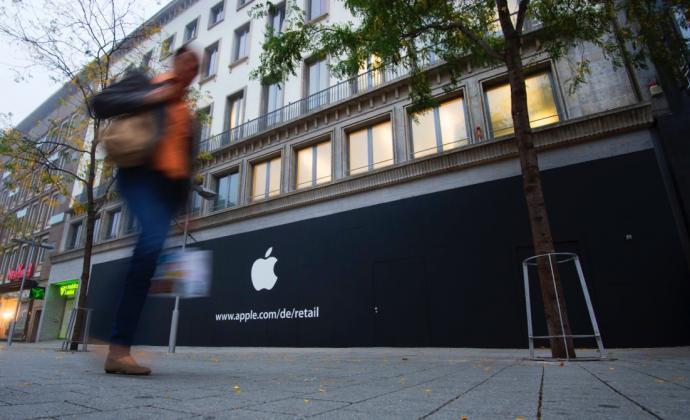 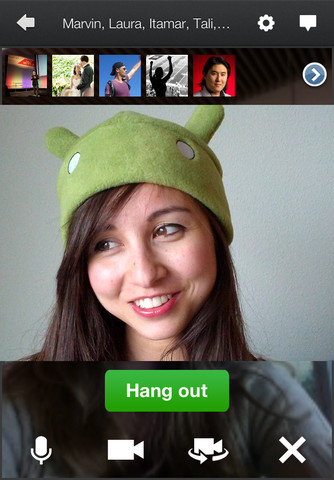 Google+ version 3.1: The universal Google+ iOS app was updated today with a couple of notable features including the ability to open web links within posts in the Chrome iOS app, fixes for an Instant Upload issue, performance enhancements, and access for teens to join and create Hangouts.

PhotoMagic version 1.0: Recently released on the App Store, PhotoMagic is an Instagram-like app for your Mac, allowing you to apply one-click filters, lighting effects, frame styles, and share photos through Facebook, Flickr, and elsewhere. Unlike the Instagram experience, PhotoMagic isn’t limited to only a few filters and packs in 70+ photo effects, 90+ lighting effects, and 90+ frames. The app is currently half off for a limited time.

[…]the ability to open photos directly into Instagram and additional language support for Brazilian Portuguese and Arabic. Several popular filters within Snapseed have also been updated. The Black & White filter has been updated with new conversion  algorithms and color filters for even higher quality results. The Center Focus filter has an added feature to control brightness at the center and at the edges of an image.

Go install the improved $4.99 app available at the App Store now. The current version requires iOS 4.2 or later and has a 5-star rating.