Apple now shipping the Mac Pro to Europe once again, after EU ban of old model

Since March, the old Mac Pro has not been available to buy in Europe as changes in regulations meant that the old Mac Pro no longer complied with EU law. In particular, the large exposed fans of the Mac Pro were the main reason behind the ban — the amendment required fan guards and minor changes to electrical ports.

With the design of the new Mac Pro, Apple once again complies with regulatory requirements. Via MacGeneration, customers in Europe are now receiving shipment notifications with delivery as early as January 14. According to Apple’s online store, customers ordering today should receive their Mac Pro in February. 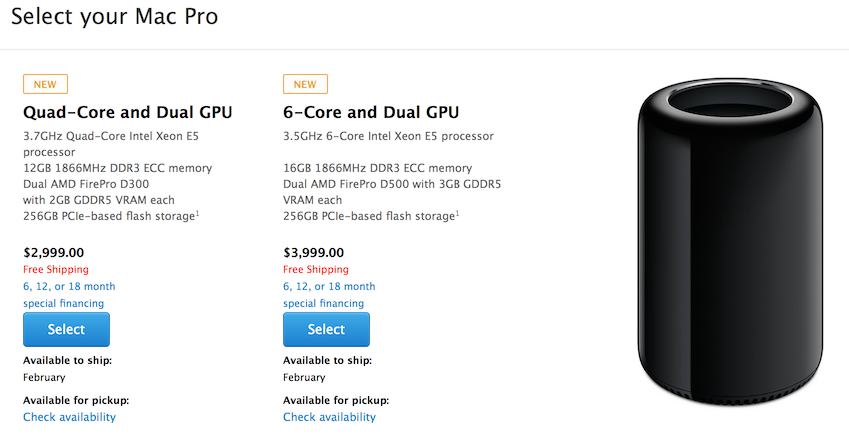 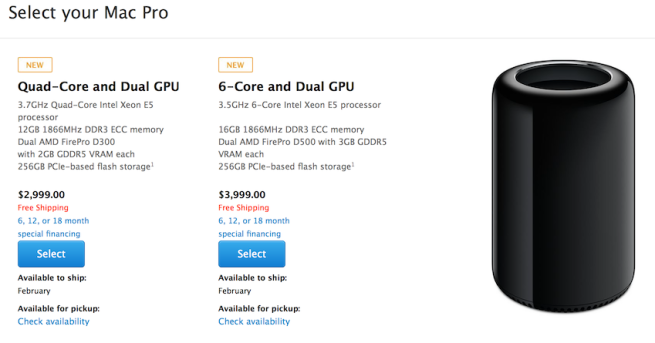 On Apple’s website, only a few hours since it went on sale, delivery estimates for the Mac Pro have slipped to February next year.

This morning, the store opened with delivery estimates of December 30th with some variants quoting a January timeframe. Now, it appears the initial allocation has sold out as Apple’s website now reports February shipment for all models.

END_OF_DOCUMENT_TOKEN_TO_BE_REPLACED

Although Apple is yet to provide official confirmation, developers are finding that they are now being allocated 100 promo codes per version of their apps. Until today, the limit was 50.

Oppenheimer said the iPad 2 price drop to $399 helped in education—sold twice as many iPads to U.S. schools as Macs during the quarter. About 11,000 iPads, for instance, were bought in Mansfield, Texas for students and teachers.

Regarding the iPad in education, Cook later added: “We have been very aggressive in this space, and I don’t see changing that.” The chief also noted the sales of the iPad in education are something he has “never seen.” He then addressed the education system’s typically “conservative spending,” but he explained Apple is “not seeing that at all with the iPad.”

Cook further mentioned he saw “hundreds of tablets come to market in the last year and have yet to see any of them gain traction.” 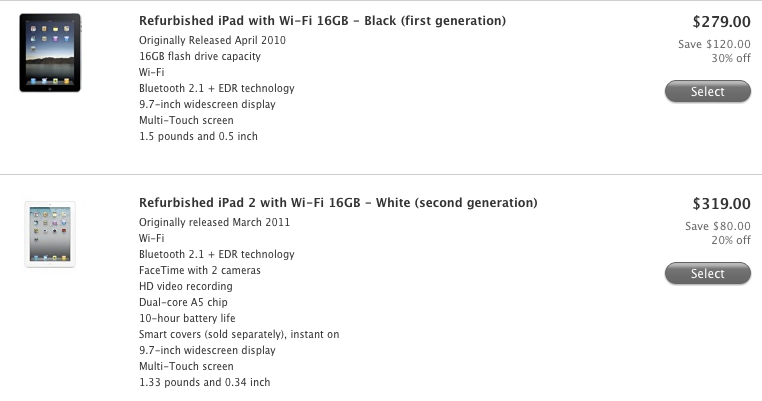 Apple today lowered the prices of its refurbed iPads across the board. The Original iPad 16GB Wifi is now down to just $279.  Meanwhile, iPad 2s are down to starting a base price of just $319, a price drop of $30 over previous $349 clip.  Higher capacity iPads are dropped as low as $50 over prices set when Apple debuted the new iPad in March.

One reason for a drop could be Apple’s move to a “new iPad 2” with increased battery life due to its more efficient processor which may be worth more than a $50 premium at #499.

It is going to be hard to find an excuse not to get mom that white iPad 2 now, isn’t it?

MacRumors has the full list of reductions,  below. END_OF_DOCUMENT_TOKEN_TO_BE_REPLACED

New MacBook Pros weren’t the only thing updated quietly in the Apple Store this morning. Apple has updated the whole line of Smart Covers for iPad. You’ll notice the Orange Smart Cover is now gone and Apple has added a lovely Dark Gray Polyurethane model. Apple has added “color matched microfiber lining” to the description […]

Pages will come to the Web, someday

If you’ve ever used Google Apps, you’ve seen what kind of power a collaborative, cross-platform word processor can have.  Today’s Apple iWork.com Web applications fall far short (though they look much prettier) in terms of functionality.  But don’t fret Apple fans!  Patently Apple today shows that Apple is heading Pages toward that same Cloud experience.

While it may or may not be “breakthrough” Apple clearly has plans to put its Pages App/Application into the Cloud.  The sooner (WWDC?), the better.