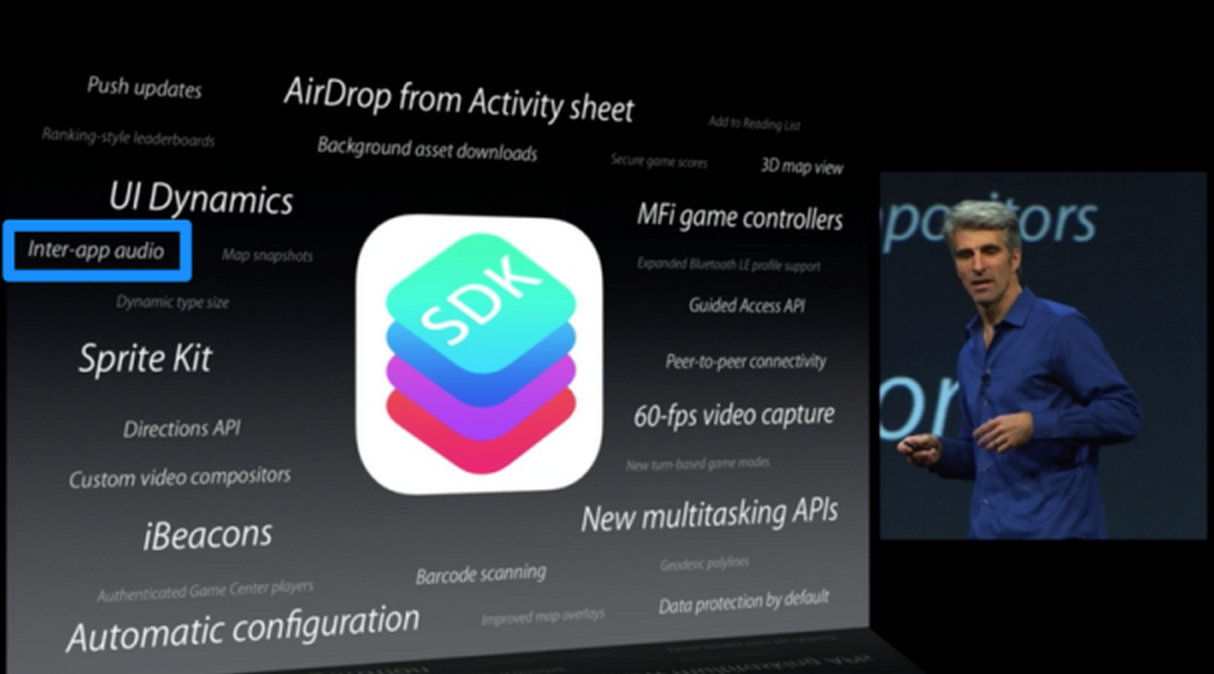 Following WWDC this week Apple’s redesign of iOS 7 and Mavericks have been getting the majority of attention, and rightfully so, but there are a few new big features coming in iOS 7 that haven’t been discussed. This morning we told you about the new MFi Game Controller framework that will make using hardware game controllers a lot smoother in iOS 7, but another important new feature in the update is inter-app audio.

The basic idea is simple: Inter-app audio will allow developers to make their app act as an output and or input for sending and receiving audio to and from other apps. In fact, we already somewhat have that functionality through third-party iOS app Audiobus. However, with Apple’s new inter-app audio feature available to devs, apps will no longer have to use a third-party app like Audiobus to send audio to one another. At first glance it seems to make Audiobus obsolete, an interesting move after Apple just recently implemented support for the third-party service in its own GarageBand app. Either way, it means a ton of new possibilities for creating music and sharing audio on your iPhone and iPad are on the way with the update to iOS 7 this fall.

We dug into Apple’s documentation on Inter-App Audio to find out how it works and also spoke with Audiobus about what this means for them: