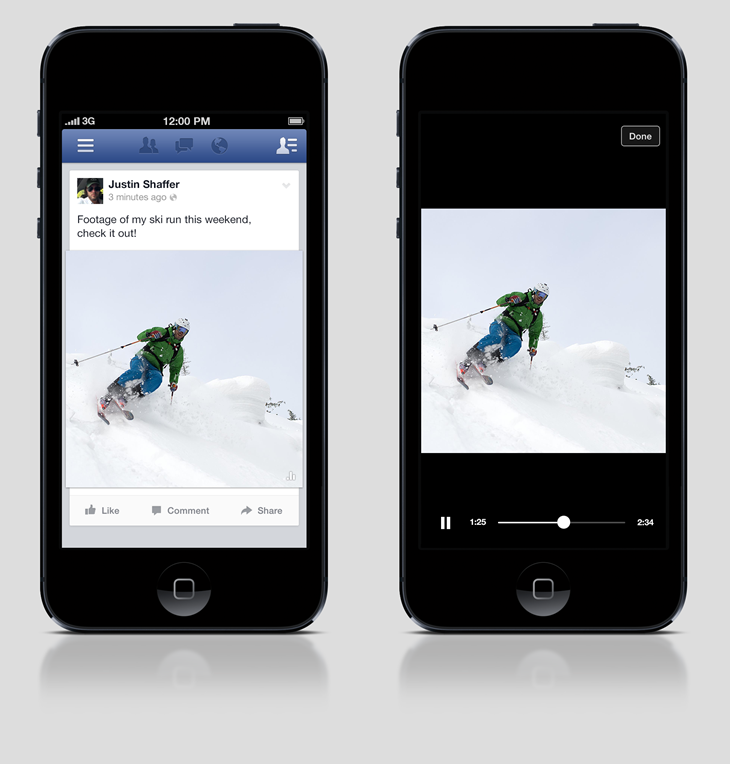 Facebook announced today that its beginning to test auto-playing videos in News Feed for its mobile apps. Videos in the News Feed will automatically begin playing as users scroll, but they’ll be silent until users tap to switch to a full-screen view with sound:

Today we’re starting to test an easier way to watch videos on Facebook. Now when you see a video in News Feed, it comes to life and starts playing. Videos initially play silently, and if you want you can tap to play with sound in full screen. Scroll past if you don’t want to watch.

It didn’t mention specific platforms, but did post the image of its iOS app above. Facebook’s Instagram app, which implemented new Vine-like video features back in June, already auto-plays videos by default as users scroll.

The company’s blog post notes that the silent, auto-playing videos in Facebook will include videos posted by individuals, musicians, and bands initially, but it does have plans to “explore how to bring this to marketers in the future.”

The new feature will be rolling out as a limited test in the coming weeks through its mobile apps and “continue to roll out over time.”