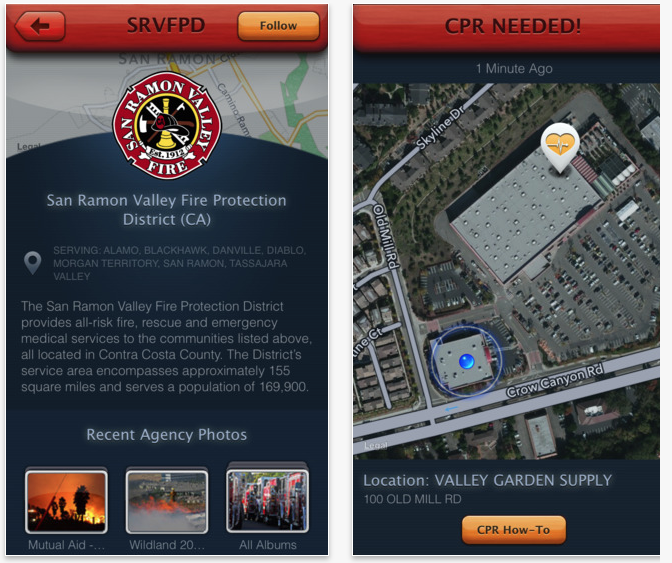 When someone’s heart stops, there are just minutes to save them from brain damage or death; by the time medics arrive, it can be too late. This is the problem former San Ramon Valley Fire Department chief Richard Price set out to solve with the crowdsourced iOS app, PulsePoint.

Price came up with the idea for the app after a tragedy that happened feet from where he was sitting, reports Re/code.

He was off-duty at a local deli when he heard sirens. Emergency vehicles pulled up and he rushed outside to see what was going on. A man in a shop next door had collapsed and emergency responders were unable to revive him.

“He was on the other side of the wall, I couldn’t see him,” Price says. “He lay there unconscious with no one doing CPR. I had a (automated defibrillator) nearby in my vehicle.”