Update: Brent Simmons write on his blog that Vesper for Mac is indeed next.

Vesper received a major feature update overnight bringing one of the most requested features to the note-taking app: support for sync. Vesper, the project of John Gruber, Brent Simmons, and Dave Wiskus under the name Q Branch, was released almost a year ago for the iPhone and decidedly lacked iCloud sync (due to reliability) or any alternative. Simmons has since been journaling his experiencing with building an in-house sync solution for Vesper on his Inessential blog if you are interested in reading the behind-the-scenes work that goes into such a project…

END_OF_DOCUMENT_TOKEN_TO_BE_REPLACED 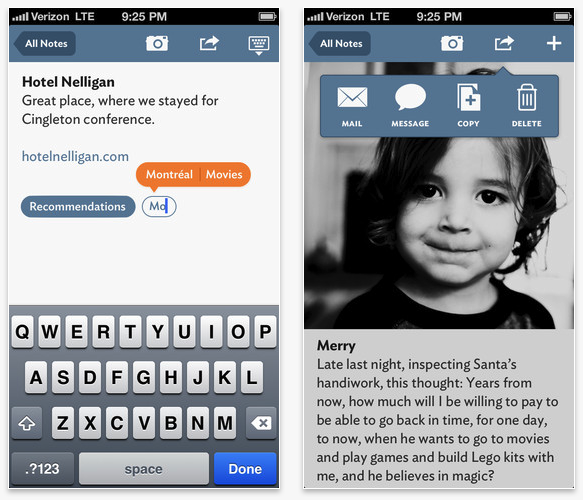 John Gruber wants you to collect your thoughts.

That’s the goal of his new note capturing app called Vesper that he launched today with fellow Mule Radio podcaster Dave Wiskus as well as developer Brent Simmons. Gruber and friends launched their development company today called Q Branch and Vesper for iPhone is their first app… and boy is it flat!

You can drive Vesper for iPhone starting today for $4.99 on the App Store.

Update: Rene Ritchie of iMore has an interview with the team on this week’s Debug podcast.