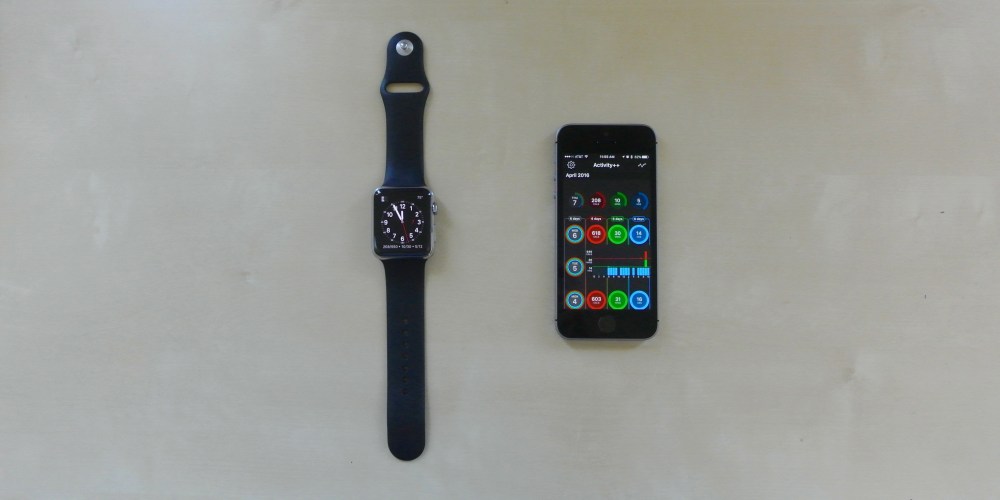 Starting with iOS 9.3, third-party app developers can tap into Apple Watch activity data like move and stand goal progress as well as exercise duration. Developer David Smith has used that new capability to create an alternative dashboard to Apple’s Activity app on iPhone and Apple Watch. The new app is called Activity++ (following Pedometer++ and Sleep++) and it’s out for iPhone and Apple Watch today. Here’s what it offers:

END_OF_DOCUMENT_TOKEN_TO_BE_REPLACED 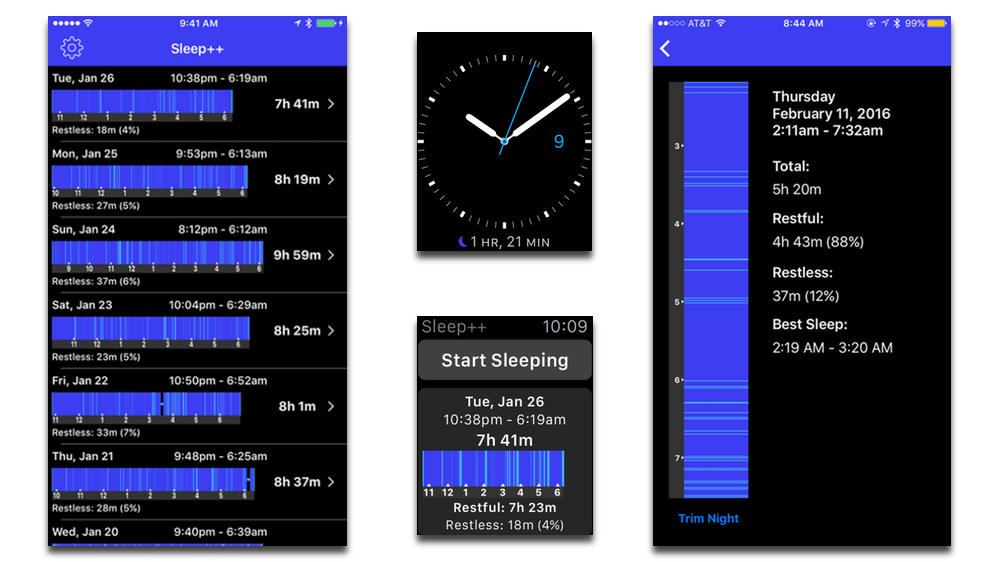 For anyone looking to get better tracking and a bird’s eye view of your sleep habits, be sure to check out Sleep++ 2.0 available today. This latest version brings in a major sleep analysis algorithm overhaul to help users get a better understanding of nightly sleep patterns.

For users who frequently forget to stop their sleep tracking, the app’s update also introduces the ability to trim time off any extra hours accidentally accrued.

END_OF_DOCUMENT_TOKEN_TO_BE_REPLACED

With the introduction of iOS 7, developers gained access to a new feature often referred to as “Background App Refresh” or “Background Fetch” that allows apps to update data in the background periodically. Users can control which apps fetch for data in a new Settings pane and developers can control the frequency of updates to craft an ideal experience for their specific apps. The result is supposed to be a faster, always up-to-date experience for users, but one developer warns it could also have a significant increase on server costs.

My first example of this was when I added Background Fetch to Check the Weather. A weather app’s primary function is displaying up-to-the-minute, constantly changing data so in my initial iOS 7 update I experimented with adding highly frequent background updates. The result was far more dramatic than I’d expected. Here are my weather API requests (which cost 0.01¢ per request) per day once the update went live. I saw an immediate jump in traffic, roughly 16x normal. Suffice to say I immediately had to scale back on my requested update frequency.

Smith also took a look at some other popular podcasting apps after running into similar issues with background fetch in Pod Wrangler and offers tips for developers to get rid of unnecessary background downloads. The full article is here.

Pedometer++ rose to fame after developer David Smith moved quickly to have an M7-enabled fitness app available for the iPhone 5s. The newest update builds on the original in several key ways. Importantly, it changes the design of the app from a list to a chart-centric format showing one week of activity at a time. You can flip through a week at a time, a big improvement of the previous layout.

The tint color of the app indicates the current day’s progress towards the daily step goal. If you have hit your daily limit, it changes the feel of the entire look. The navigation bar, buttons and titles turn green to reflect your achievement. It’s a really clever detail that just adds that extra level of polish to the app.

END_OF_DOCUMENT_TOKEN_TO_BE_REPLACED

Review: Feed Wrangler for iOS, RSS for the modern world

Google Reader is dead. We know this for certain as Google announced earlier in March that it plans to pull the plug on its RSS service on July 1, 2013.

Google’s announcement caught the good people of the Internet by surprise and left us wondering, “What next?”

David Smith, developer of Check the Weather and My Recipe Book, believes his new app Feed Wrangler for iOS has answered that question in a way that fixes the problem that led to Reader’s demise.