Expect faster MacBooks with longer battery-life thanks to DDR4 RAM 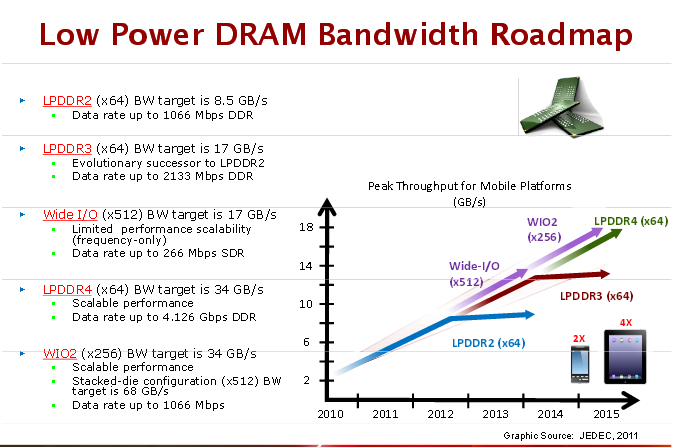 Matt Margolis is predicting that Apple will be switching from DDR3 to DDR4 RAM for future MacBooks this year, suggesting faster performance and improved battery-life.

One of Apple’s RAM manufacturer. Micron, says that DDR3 bandwidth tops out at around 17GB/s, while DDR4 aims to double this by 2015:

Since the introduction of the iPhone, the industry has responded with an evolutionary transition from 2.6 GB/s LPDDR1, to 8.5 GB/s LPDDR2, to 17 GB/s LPDDR3, the technology currently is powering today’s high-end devices in volume production. DRAM bandwidth has roughly doubled with each generation to keep pace with demand.

The company has not given specific targets for improved battery-life, but says that it aims to reduce power consumption in both active and standby modes.

Margolis suggests that DDR4 RAM may also make it into future iPhones and iPads.