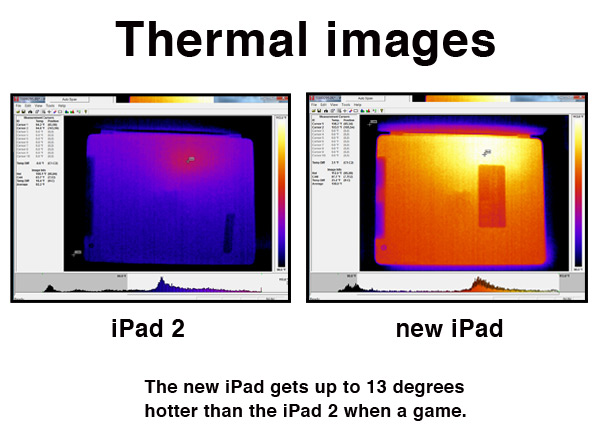 Earlier today, we reported that the “heatgate” controversy was starting to pick up media attention with Consumer Reports announcing it is officially investigating the issue. Consumer Reports has now published its report claiming the new iPad “can run significantly hotter than the earlier iPad2 model when running an action game.” In fact, its tests with a thermal imaging camera found the new iPad could hit 116 degrees, which is much hotter than 92.5 Fahrenheit recorded in earlier GL benchmark tests. The tests were conducted with LTE turned off and Wi-Fi running.