One 'Debt restructuring' story May 2012
See All Stories 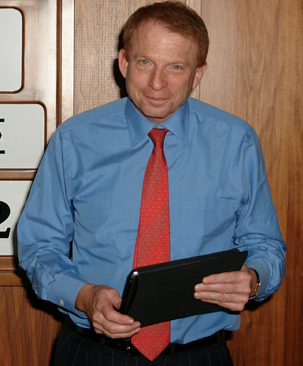 Bob Apfel, the founder of Bondholder Communications Group, told Fortune this morning that he completed the debt restructuring of Greece a couple of weeks ago with the help of an iPad. Well, 100 of them—to be exact.

Greece looked at bankruptcy head-on just a few months ago, but it found mercy through a round of restructuring transactions where the country settled for a smaller percentage of the its bonds’ paper value. Thousands of bondholders needed to first give the go-ahead, but such an endeavor, as Fortune coined it, was a “logistical nightmare.”

At that point, Apfel said he bought 100 iPads equipped with a customized app for debt-restructuring. His team of financial wizards received the tablets and immediately met with investors and other money gurus across the European Union. Of course, the iOS tablet successfully helped Apfel and his firm to close the deal that shrunk Greece’s debt to a more manageable sum.