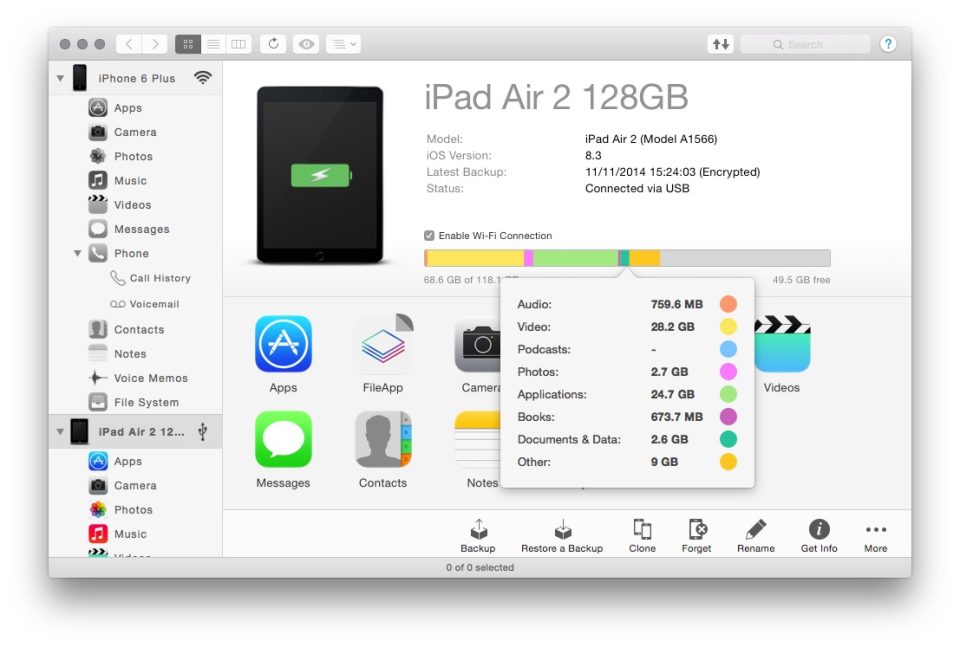 When Apple was designing the Mac app iDVD, then-CEO Steve Jobs directed his development team to build a dead-simple DVD-burning application: instead of a mess of options and windows, Jobs wanted one window with one button marked “Burn,” which would be pressed once the desired video file was dragged-and-dropped into the window. Years later, when Jobs wanted Apple’s iOS devices to be even simpler, he dumped the Mac’s windows and drag-and-drop file system in favor of a grid of icons. There wasn’t even a trash can to worry about — instead, iOS would automatically discard unused files as needed.

While that’s great in theory, the reality is that iOS actually leaves bits of trash sitting around on your device, and there’s no easy way to clean everything up at once. iTunes aggregates various types of lingering files as “Other,” but doesn’t have a trash can, nor does it provide direct access to your iPad, iPhone, or iPod touch file system so you can purge trash on your own. Consequently, your device may be holding a large collection of junk that could be dumped to free up gigabytes of space.

Below, I’ll show you how to clean your iOS device for free using two apps, one of which you definitely already have installed…

END_OF_DOCUMENT_TOKEN_TO_BE_REPLACED

Setting up your email in iOS 7 is just like setting it up in earlier versions of iOS. Just like before, you are able to have Gmail set up in the Mail app. To set up your email you would go to Settings, then tap on Mail, Contacts & Calendars, and then press Add Account. By default in iOS, Gmail is set to archive your emails as opposed to deleting them. Archiving email keeps the messages in an Archived folder, but Deleting moves them to the trash.

If you are viewing your inbox, and you swipe from right to left on the message, you do not get the option to delete the message. Rather, you get an Archive option or a More option. The More option gives you every other option except for deleting the message. You could always tap on More, then press Move Message, and then choose the Trash folder. That’s rather tedious for a simple task: