Perspective: iPad Pro blew past Microsoft Surface as soon as Apple could make enough of them, IDC says 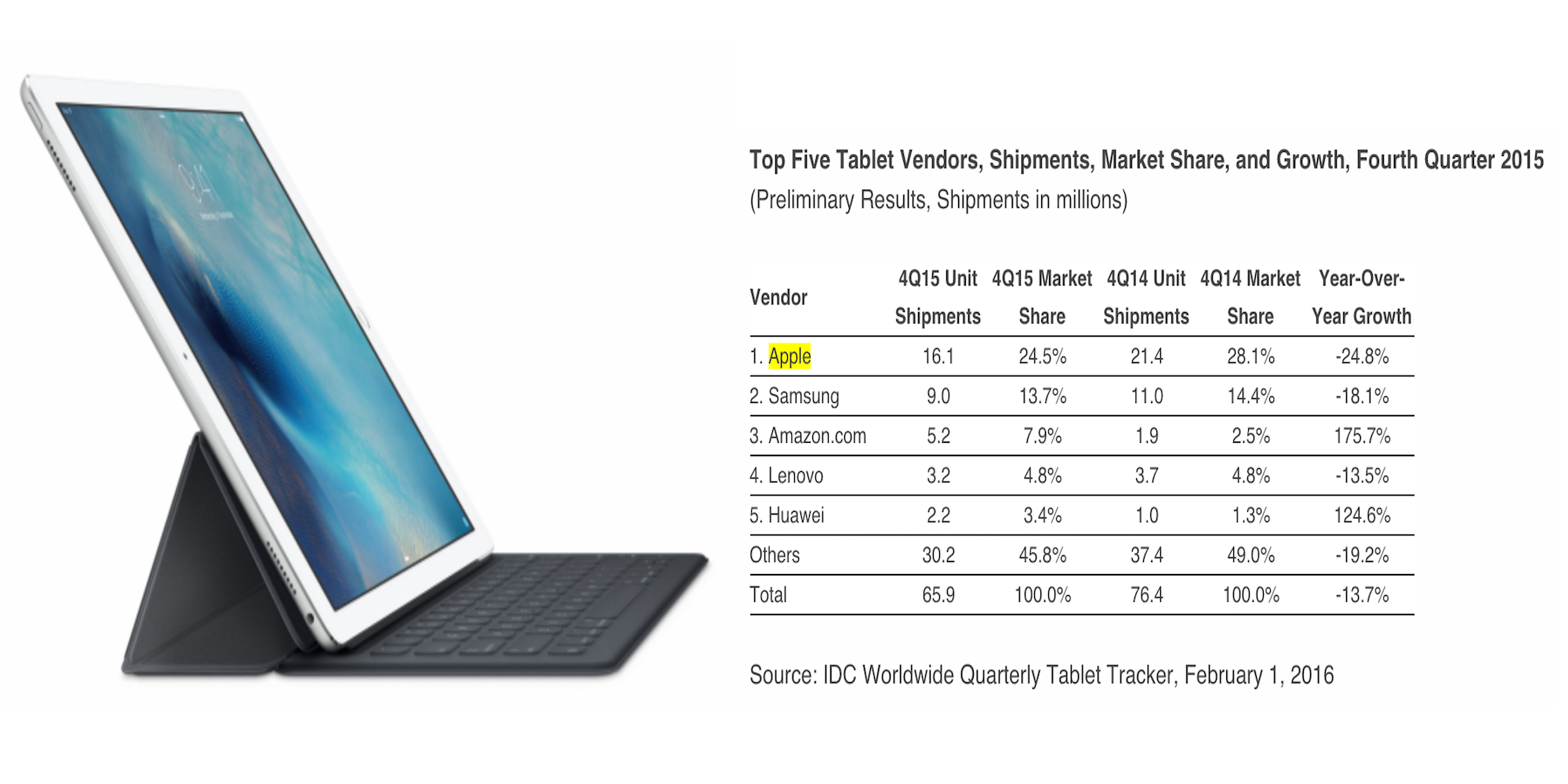 IDC is out with its latest report on worldwide tablet shipments following Apple’s Q1 2016 earnings and in the report shares a nugget about iPad Pro sales.

It may not surprise you, but Apple’s new 12.9-inch iPad, which many would have you believe is the company’s first to compete directly with detachable and hybrid tablets/laptops, outsold Microsoft Surface and other detachable tablets, according to the report: END_OF_DOCUMENT_TOKEN_TO_BE_REPLACED