Apple posted a new build of Xcode to its developer portal this evening. The new version is listed as the Golden Master build of 5.0.2, which is interesting considering the fact that there were no betas of this update. According to the change log, the only changes are some bug fixes, so don’t expect any groundbreaking new features.

Apple says developer memberships and apps will not expire due to unexpected maintenance duration [Update: one week extensions] 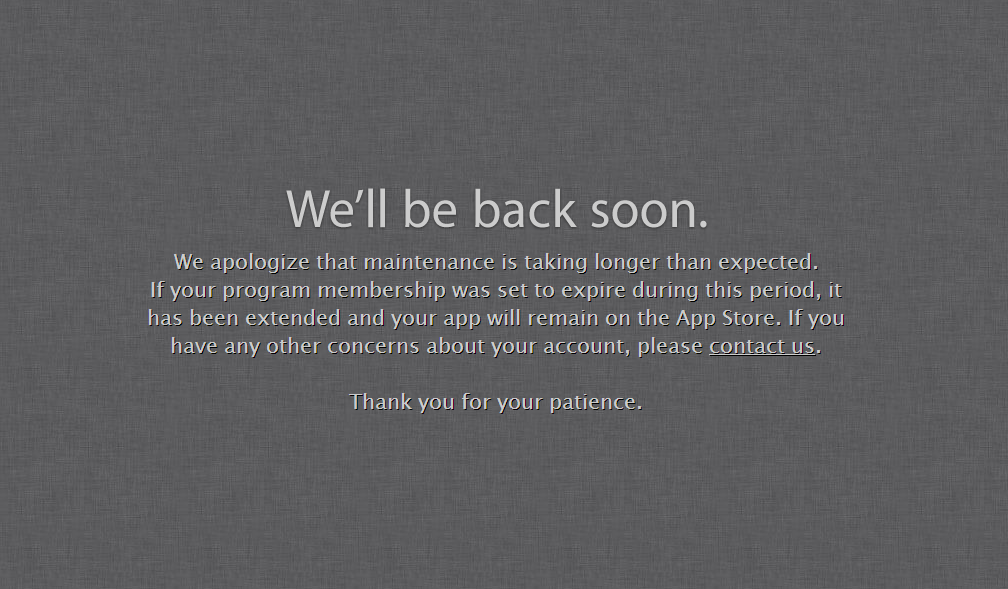 Apple has added some additional information to the Developer Portal’s maintenance page stating that memberships that were supposed to expire during the unexpectedly-long downtime have been extended to accommodate for the issue and apps will remain on the store until the portal is available again and developers can properly renew their accounts: