One 'Development Platform' story May 2013
See All Stories 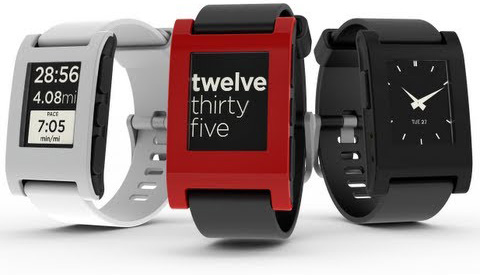 Pebble, the popular Bluetooth smartwatch that raised over $10M on Kickstarter before shipping to backers in January, today announced the release of an updated SDK and APIs that will allow iOS and Android developers to create apps for the platform. Pebble CEO Eric Migicovsky had this to say about the updates:

“The tremendous response we received from Kickstarter backers validated our belief in the value of a smart watch as a wearable computer, but also in the value an open platform brings to truly personalizing the watch to their daily activities”, said Eric Migicovsky, Pebble’s founder. “This new investment will help us build out the Pebble development ecosystem and deliver on Pebble’s extraordinary potential.”

The updated Pebblekit SDK will now allow developers to create third-party apps that will be able to send and receive data to apps on the Pebble smartwatch. The updated SDK will effectively allow developers to build new apps for the platform, for example, taking weather or news information from an iOS or Android app and displaying it on the watch. Previously devs were limited to implementing the basic functions of Pebble.

You might have heard RunKeeper recently added support for tracking data using Pebble and today Pebble is making easier for similar fitness apps to do the same with a new Sports API for accessing the GPS features of the watch.  END_OF_DOCUMENT_TOKEN_TO_BE_REPLACED