Skype for iPhone updates the dialer, reintroduces URI support for other apps 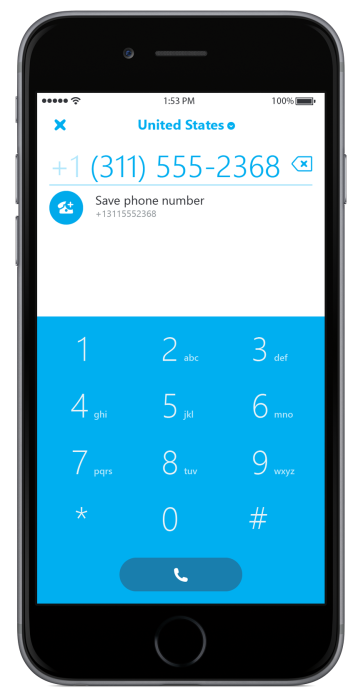 Microsoft is out today with its latest version of Skype for iPhone, version 5.10, as it continues to add refinements and features to the overhauled version of its app first released last year.

The new version of Skype for iPhone highlights the ability to save contacts from the app’s phone dialer just like the native Phone app on iOS. You can also save contacts to Skype from the recent call list starting with this version, and Microsoft touts improved chat notification reliability as well.

Finally, Microsoft is reintroducing support for Skype URIs which let other developers include interactions with Skype directly in their own apps including features like calling and messaging.

As long as the Skype app is installed on an iPhone, when a user taps on a Skype name or phone number, the URI will open the Skype app to connect a call or send a message*, making it faster than ever to reach friends, family or businesses.

For example, if you’re browsing restaurant options on an app or mobile website that utilizes Skype URIs, tapping on the phone number would launch Skype so you could call and make a reservation.

If you heavily rely on communicating with Skype frequently, this means you should see deeper Skype integration in other third-party apps in the future.

Skype for iPhone version 5.10 is available now for free on the App Store.