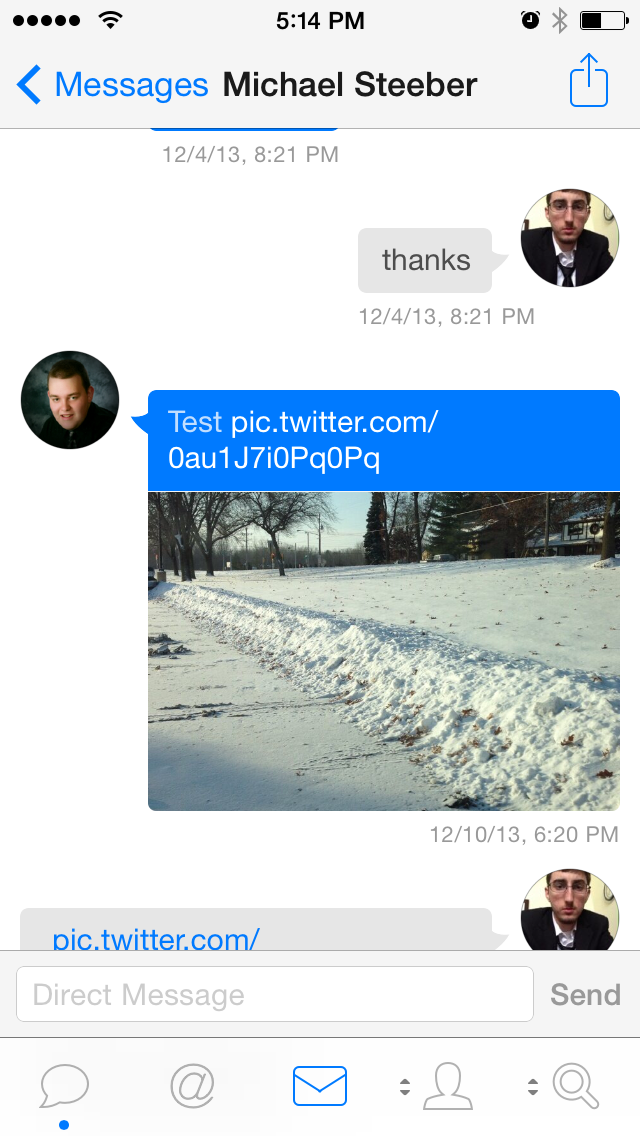 Tweetbot for iPhone was updated today to add support for viewing photos send via the service’s direct messaging feature. Tweetbot is one of the first third-party apps for iOS to support the photo feature, which was introduced in the official Twitter client earlier this month.

Unfortunately Twitter does not allow third-party clients to send photos in direct messages, so you’ll still have to use the official Twitter app to send them. The update also includes miscellaneous bug fixes.

You can grab Tweetbot for iPhone for $4.99 on the iPhone App Store.