One 'Dodge Charger SRT8' story May 2013
See All Stories 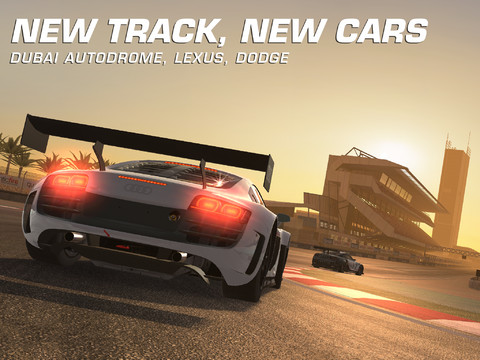 We already knew that EA had plans to bring its Real Racing 3 franchise to the Middle East when it released the teaser for the Dubai Autodrome above. Today the update has officially landed in the App Store and also brings some other goodies to the extremely popular racing franchise.

On top of 6 track layouts for both day and twilight racing at the Dubai Autodrome, the game also now features Lexus vehicles including the Lexus IS-F and Lexus LFA. Other additions include the Dodge Charger RT and Dodge Charger SRT8, as well as 50+ new events to explore.