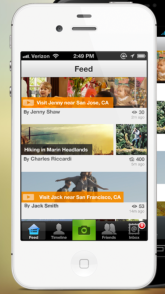 It turns out yesterday’s report about Apple buying Color for “high double digit millions” was mostly off base. At least that is according to AllThingsD:

What’s really happening is that Color’s engineering team — about 20 people, comprising almost the entire company — is being “acqhired” by Apple at what’s being called a “nominal” price of something like $2 to $5 million, according to multiple sources familiar with both sides of the situation. To repeat, there are no “double-digit” millions involved, according to many people familiar with the deal.

Apple is not buying Color’s technology, intellectual property, domain names or liabilities. Those are being left with the company, which still has considerable cash in the bank — something like $25 million — and is going to be wound down.

The engineers could help with Apple’s photo and video-sharing capabilities across devices, or maybe Apple is just getting a HR jump on the competition in the red hot Silicon Valley talent marketplace.

Color is said to be winding down, with the $25 million it has left in the bank going to investors. END_OF_DOCUMENT_TOKEN_TO_BE_REPLACED

Apple filed a complaint in late May with the World Intellectual Property Organization to gain control of iPods.com. Fusible is reporting that Apple has been awarded the domain as of late Friday, and the domain will soon be transferred over to Apple’s ownership. Full details haven’t been disclosed.

Apple is known for paying in the millions for domains, like when they reportedly paid $4.5 million for iCloud.com. When Apple follows the Uniform Domain Name Dispute Resolution Policy, like they did in this case, they end up paying thousands, rather than millions. Will Apple continue on to gain control of domains like iPhone5.com, iPad.com, and Macs.com?