Siri leaks her own upcoming ability to speak Japanese 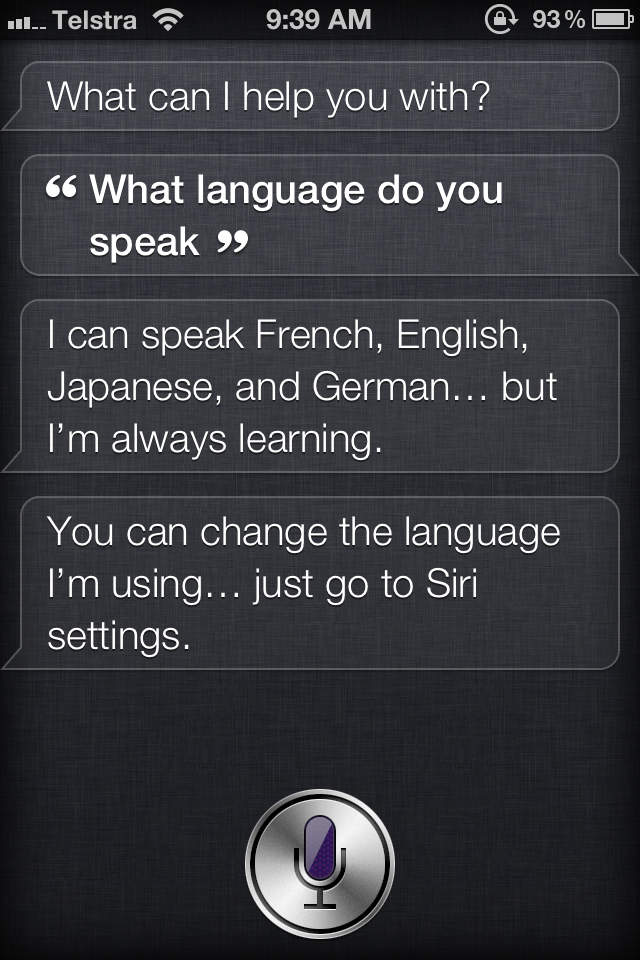 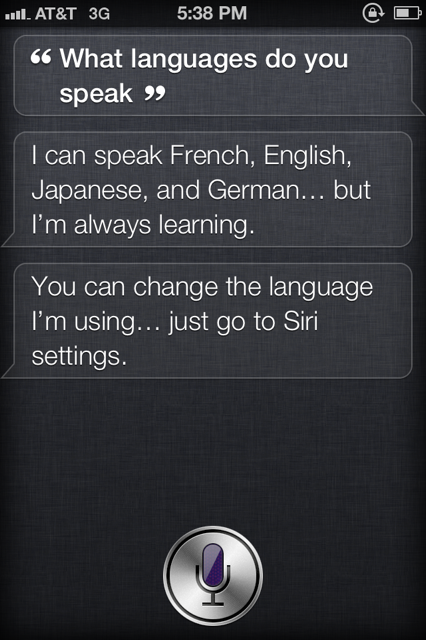 Siri is many things, but it seems she is not a good secret keeper. A few tipsters reached out and told us that Siri now speaks Japanese. Rumors earlier this month said Apple’s AI speech recognition interface would gain Mandarin Chinese, Japanese, and possibly Russian. It now appears that Japanese is about to be announced, perhaps at the iPad 3 announcement next month. There is no word yet on Chinese or Russian, but those are also likely coming soon.

When Siri was announced in October, Apple said that that additional languages would follow this year.  Apple’s Siri FAQ says that she will support Japanese, Chinese, Korean, Italian, and Spanish in 2012:

In 2012, Siri will support additional languages, including Japanese, Chinese, Korean, Italian, and Spanish.

Can I use Siri in any of these languages in other countries?

Yes. Siri can be enabled in any country, and you can choose to speak to it in English, French, or German. However, Siri is designed to recognize the specific accents and dialects of the supported countries listed above. Since every language has its own accents and dialects, the accuracy rate will be higher for native speakers.

Thanks Alex, AR and D.