Apple (AAPL) had its best single-day performance at the stock market today, seeing a 7.04% rise, the highest in one day since April 2014. The Dow Jones rose over 1,000 points, as the entire market — particularly FAANG stocks — rebounded after a tumultuous few bearish days.

Tesla (TSLA) also saw significant gains today, rising to over $300 a share after losing 21% of its value over the previous weeks.

END_OF_DOCUMENT_TOKEN_TO_BE_REPLACED 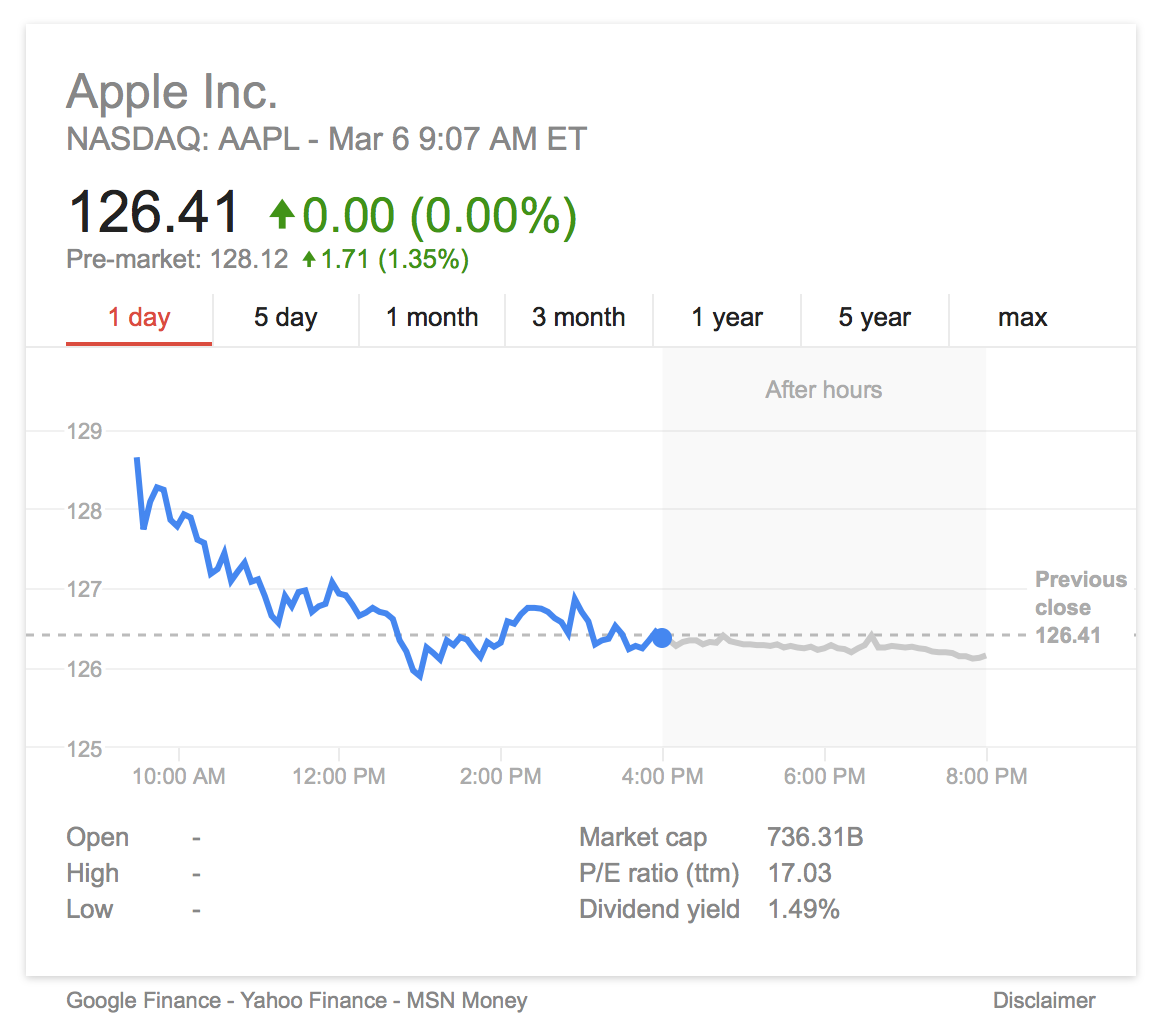 Apple will be joining the Dow Jones Industrial Average taking wireless carrier AT&T’s spot on the famed stock market index, CNBC reports. The change will take place in just under two weeks at the end of trading on March 18th. The Dow is heavily viewed as being indicative of the overall stock market performance in the United States, and Apple’s rising stock price will soon be a significant factor to that number.

END_OF_DOCUMENT_TOKEN_TO_BE_REPLACED 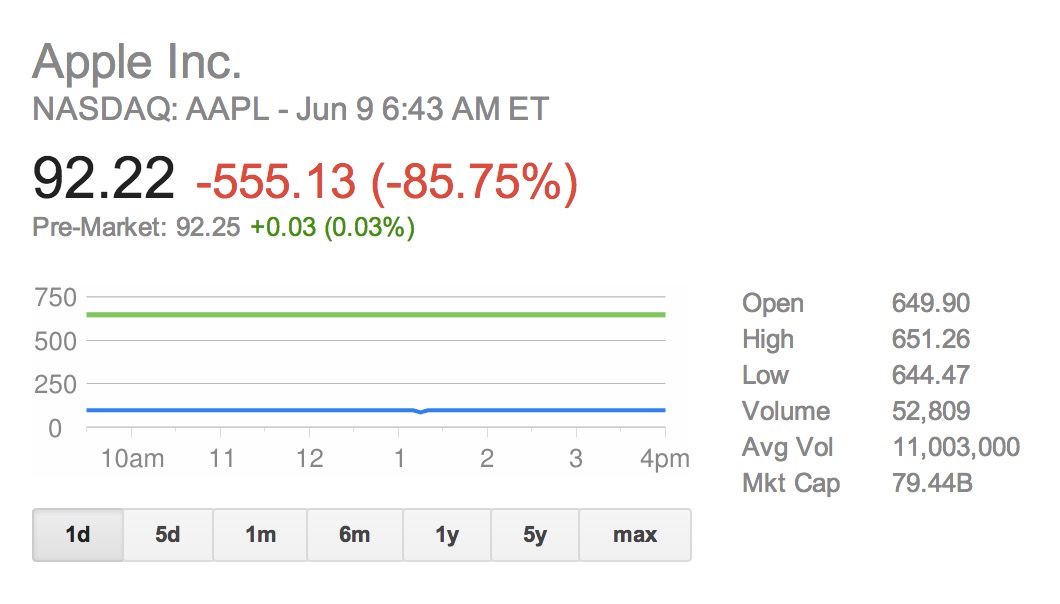 Apple’s first stock split since 2005 takes effect today, but the computers that track the stock price often forget to take that into consideration (above).

After iMore broke the September iPhone event news, Apple, through its channels, confirmed to not one, not two, three, or four, but at least five different publications that the iPhone event would be Sept. 12 with a Sept. 21 launch. If you do not think these are Apple PR confirmations, I have a nice bridge to sell you.

With that information in hand, we are pretty certain Apple is on track for a September iPhone announcement.  …But wait.

Digitimes has some bad news for us today.

In related news, Bloomberg reports that an Analyst says Apple will split its stock so it can join the Dow Jones Industrials—something that has always been on the top of Apple’s priorities list. Sound familiar?

Joining in, the NYTimes suggests that Apple buy US Carrier Sprint, RIM, Twitter and Path.  END_OF_DOCUMENT_TOKEN_TO_BE_REPLACED

Barron’s: Apple could join Dow index, would have to split shares

A new report from business weekly Barron’s (via Reuters) claimed The Dow Jones Industrial Average stock index could potentially replace stocks from Alcoa, Bank of America, or Hewlett-Packard with Apple or Google. There’s no exact timeframe for the overhaul of the index, but Barron’s said adding the companies would be complicated due to the fact the Dow calculates the absolute price of shares. Reuters explained that getting Apple would require the company to split its shares:

Apple, whose shares on Friday closed at $603, would overwhelm the index with a 26 percent weighting. That is double the influence of current Dow component IBM, whose $207 stock price gives it a 12 percent weighting in the index, Barron’s said.

Barron’s said the heavy weighting that Apple would command at its current share price could prove a barrier to becoming a Dow component. To guarantee a Dow spot, Barron’s said, Apple would have to split its shares by five-for-one or 10-to-one. But Barron’s noted that Apple has not split its stock since 2005.