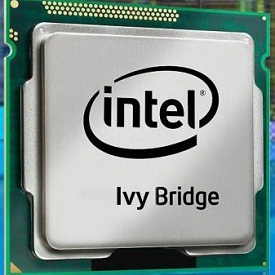 Today, we have two pieces of Intel-related news with reports claiming a solid April 23 launch date for the Ivy Bridge introduction, while others report Intel has begun shipping its next-generation Thunderbolt technology.

Late last month, we heard reports from CPU World, which claimed Ivy Bridge CPUs most-likely to land in future Macs would launch between April 22 and April 28 with availability by April 29. Today, we get a solid launch date with Cnet and various other sources reporting Intel will start its initial rollout April 23. As we detailed previously, many of the Ivy Bridge models included in the initial launch would be suitable for MacBook Pro-like devices and desktop offerings. However, Intel’s Ultra low-voltage U-Series Ivy Bridge processors most likely headed for MacBook Air-like designs are expected to launch in June.

Intel today said there would be over 100 Thunderbolt devices by year-end and another report coming from VR-Zone today claimed Intel started shipping its second-generation Thunderbolt controllers codenamed “Cactus Ridge,” which would align nicely if both these updates are headed to future Macs…
END_OF_DOCUMENT_TOKEN_TO_BE_REPLACED