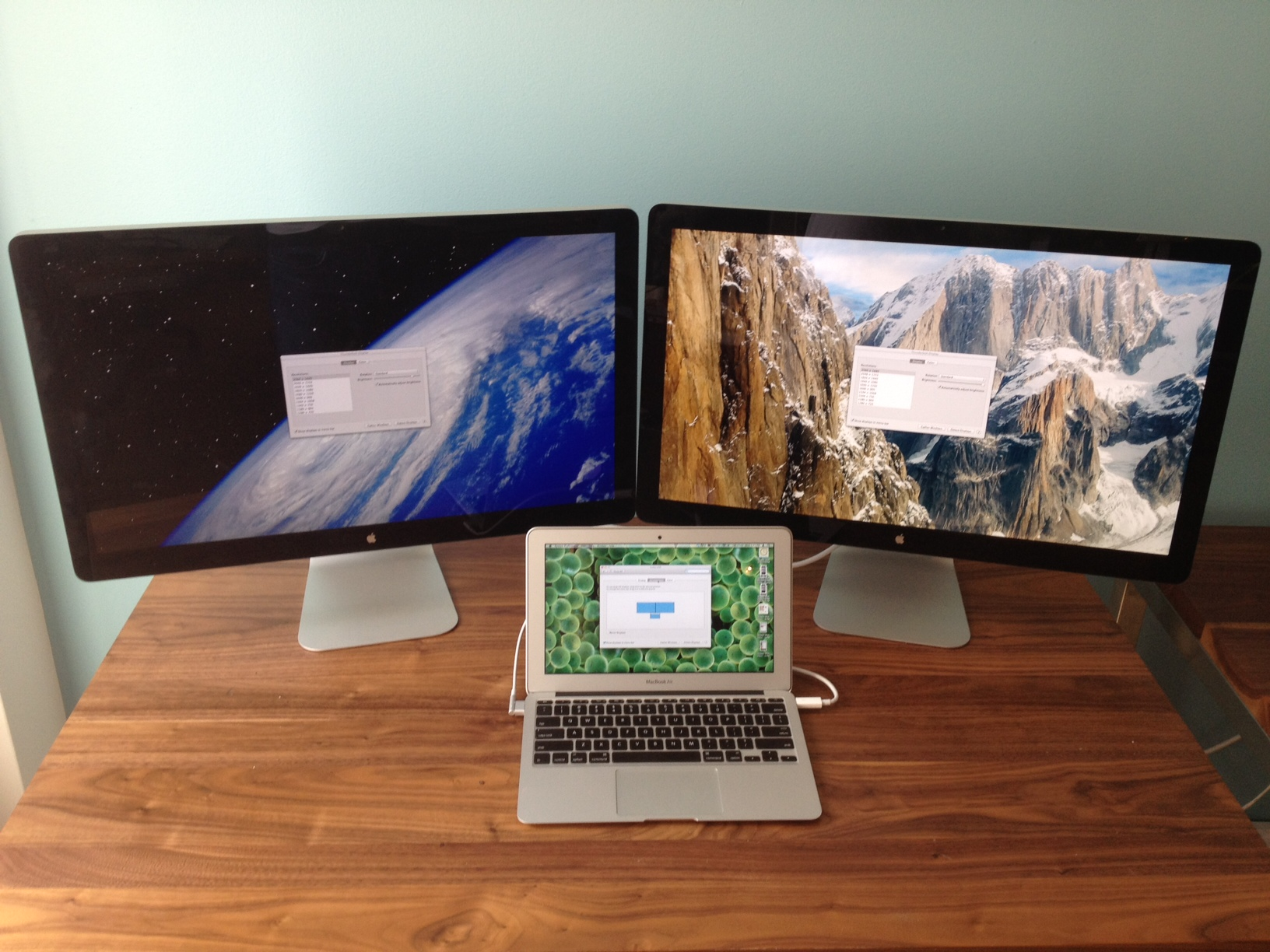 While Apple already recognized in its support documents for Thunderbolt that the new Retina MacBook Pro supports up to three external displays (as pictured above from Other World Computing’s recent tests of the setup), it has yet to confirm official support for the refreshed Ivy Bridge MacBook Airs. Today, we get word that the new MacBook Airs indeed support two external Thunderbolt displays thanks to the recent “Mac OS X Lion Update (Mid-2012 MacBook Air)” update that “improves external display support.” Apple has not updated the device’s specs page to reflect support for dual external Thunderbolt monitors.

The image below from OWC shows two iMacs running at 2,560-by-1,440 as Thunderbolt displays, and it shows an LG monitor at 1,920-by-1,200 via HDMI. The post noted “moving images and media didn’t create any lag and we were able to play video on all four displays simultaneously.” This makes the new MacBooks the first to support up to four displays at their native resolution. Note: You could theoretically add even more space with AOC DisplayLink displays.

The refreshed MacBook Air with dual external Thunderbolt displays is pictured above, while the MacBook Pro with three displays is below: END_OF_DOCUMENT_TOKEN_TO_BE_REPLACED