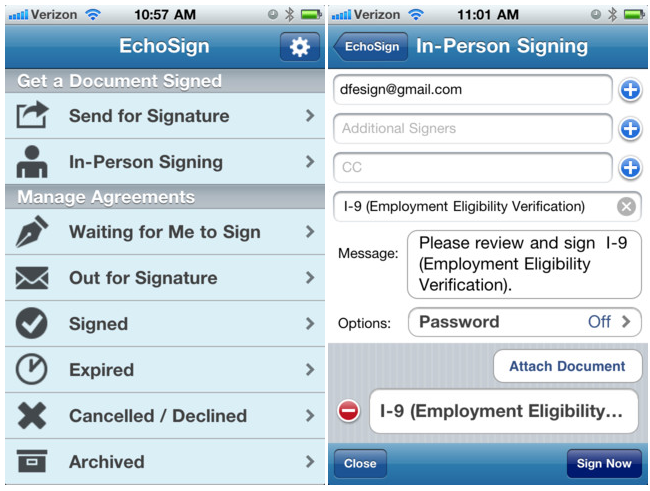 Adobe just -the No. 1 e-signature service used by over four millions users- for both iPhone and iPad as a free universal iOS application. The new app is available now, and it allows users to send documents and have them signed with a legally binding e-signature on the iPad or iPhone.

Users will access their EchoSign account, search and send from the EchoSign library, or send documents from their photo album, an email attachment, or apps like Box.net and Dropbox. There is also built-in, real-time status tracking, and the ability to quickly view signed agreements in an EchoSign account. Adobe promised the signing process within the app includes all of EchoSign’s “key authentication and privacy, fraud protection, and consumer disclosure”.

You can grab the app for free from the App Store now (iTunes link). Apple iPad screenshots are below: