iTunes Radio has quickly become the best source for unreleased albums by huge artists, and today the service added yet another high-profile artist. Ahead of its highly anticipated release on May 19th, you can now stream Coldplay’s new album Ghost Stories in its entirety on iTunes via its First Play feature.

In the past, iTunes Radio has streamed albums by The Black Keys, Eminem, Pharrell, and Rick Ross, attempting to compete with services like Spotify and Rdio. Neither of those, however, offer any sort of early streaming capabilities like iTunes Radio.

END_OF_DOCUMENT_TOKEN_TO_BE_REPLACED

iTunes Radio is once again proving to be one of the destinations for an early listen to unreleased albums from popular musicians. Today, the service added The Black Keys’ upcoming album Turn Blue to its “First Play” lineup, allowing users to stream the entire album for free ahead of its release on May 13.

Previously, iTunes Radio has granted early streaming access to albums from artists like Eminem, Rick Ross, and Pharrell. First Play is one of the ways Apple is attempting to set its own offering apart from competing streaming services like Pandora and Spotify, which don’t currently offer any early-access releases.

You can listen to Turn Blue by opening up the Radio page in iTunes on a computer or the iOS Music app and selecting it from the list of pre-made stations. The full 11-track album is available for pre-order for $10.99. Two songs from the album—the title track and “Fever”—can be purchased and downloaded now for $1.29 each. 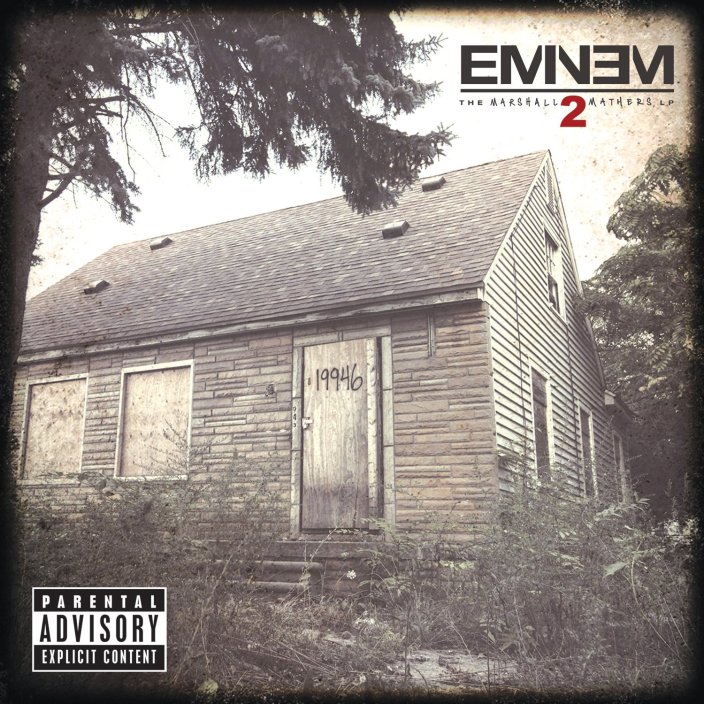 Rap fans can now (legally) listen to Eminem’s new album, The Marshall Mathers LP 2, a full 4 days before its scheduled release exclusively on iTunes Radio. In the past, iTunes simply provided on-demand playback of the early albums in their entirety from the Artist’s page, but now it’s providing the streams through a ‘First Play’ station on its new iTunes Radio service in the US.

The album was recently released ahead of schedule via BitTorrent which may have hastened the move to iTunes Radio.

This year, iTunes has been successful in converting streaming album premieres into impressive pre-orders and sales, how much influence did that have on iTunes Radio?
We’re leveraging it. For example there’s a Justin Timberlake album that’s on iTunes Radio as of [last Thursday] for the first time, so the first time we ever premiered an album on there. We certainly knew we would leverage it for iTunes Radio but the primary key to iTunes Radio was to create it custom for you. When you’re talking premiering song, what we’re doing iTunes Festival-wise, we knew iTunes Radio was a perfect place for that so it’s perfect alignment

Labels and artists hope that the free streams will help combat leaks of the album ahead of its official release and also translate into increased preorders by driving users to iTunes.

Eminem is a 13-time Grammy winner and has sold over 220 million albums worldwide. His new CD is easily one of most anticipated albums of the year. The deluxe version includes 21 tracks with blockbuster appearances by Rihanna, Kendrick Lamar, and Nate Ruess (from the band FUN). The album has already produced three chart-topping singles: The Monster, Survival Berzerk, and Rap God. Pre-orders are priced at $15.99 and include immediate downloads of the aforementioned singles.