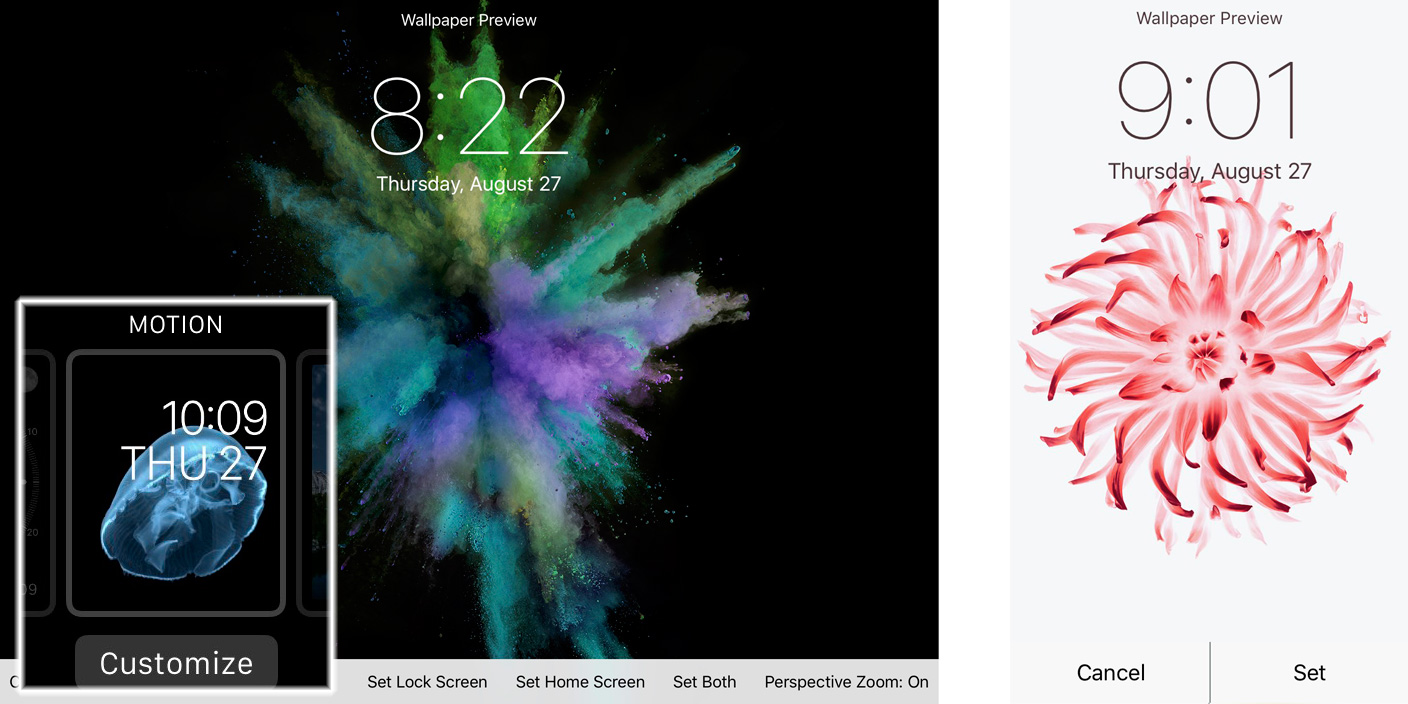 Apple is preparing to bring some motion from the Apple Watch to the iPhone 6S. One of the new device’s differentiators over its predecessor will likely be a spiced up set of animated wallpapers, according to three sources who have used internal iPhone 6S prototypes within Apple. The new animated wallpapers come from the same family as the set of “Motion” watch faces that dominate the main screen of the Apple Watch, where the user can choose from jellyfish, multi-colored butterflies, or brightly colored flowers.