Apple unable to recover data from iPhone belonging to boys lost at sea, but says others might 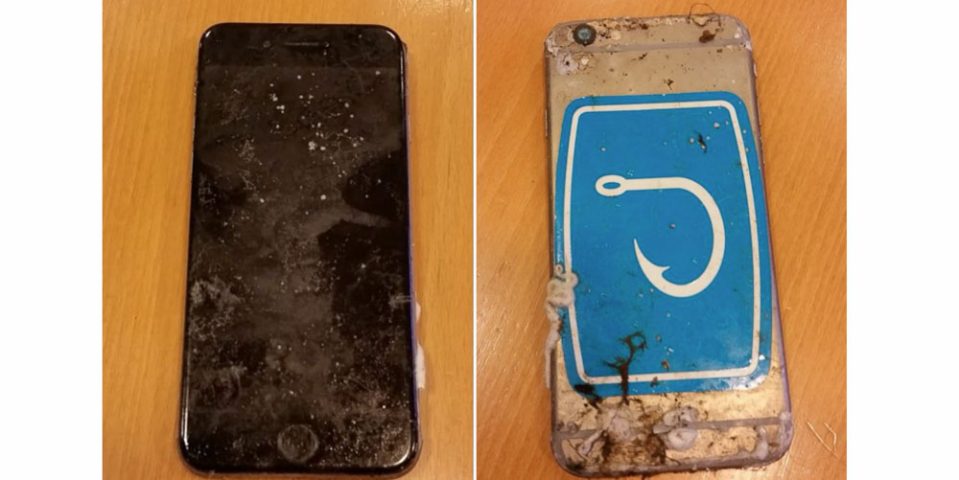 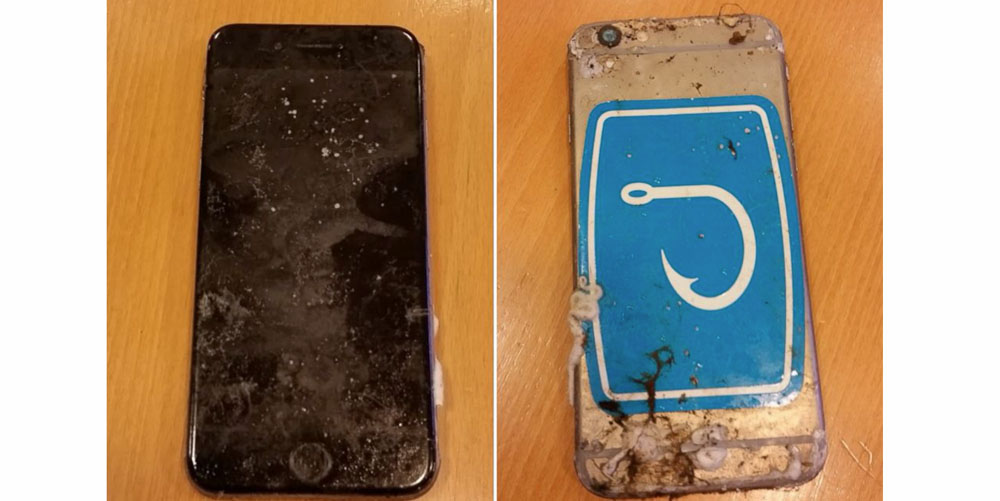 Apple has told the families of two teenage boys lost at sea that it has been unable to recover any data from the iPhone belonging to one of them. The families had hoped that content on the phone might have provided clues as to what happened.

14-year-olds Austin Stephanos and Perry Cohen failed to return from a boating trip last July, but their 19-foot boat was boat was found drifting 100 miles from Bermuda back in March, and on it was an iPhone belonging to Stephanos. Apple agreed last month to attempt to recover data from the phone, but the SunSentinel reports that the company’s efforts were unsuccessful …

END_OF_DOCUMENT_TOKEN_TO_BE_REPLACED

One of the best-known Siri easter eggs is its response to the question “Where’s a good place to hide a body?” Siri’s usual response was to ask “What kind of place are you looking for? Swamps. Reservoirs. Metal foundries. Dumps.”

In a story you really couldn’t make up, Kirotv reports that ‘a Florida man’ on trial for a 2012 murder seriously did ask Siri for this advice, according to evidence presented in court yesterday.

New evidence presented Tuesday in the trial of a man accused of killing his roommate showed he apparently asked Siri on his iPhone, “I need to hide my roommate.”

Pedro Bravo is accused of killing University of Florida student Christian Aguilar in 2012.

The Huffington Post reports that the query no longer works, but trying it myself today, the response I got from Siri was “What, again?”.

It was reported in June that Apple is looking to replace Siri’s Nuance-powered back-end, while the former Siri team are working on a next-generation virtual personal assistant.

Update: Bravo’s lawyer argued in court that while the query was made out on the defendant’s phone, it was not done on the night of the murder and is ‘not evidence’ that Bravo was the one who made it. The detective in the case agreed.

Apple is emailing customers in nine states that offer sales tax holidays to let them know they have an upcoming opportunity to buy Macs and/or accessories tax-free.

Alabama, Florida, Georgia, Louisiana, Massachusetts, Missouri, New Mexico, South Carolina and Tennessee all offer dates on which you can buy at least some Apple gear free from sales tax.  The email provides a link to a webpage where you can click on your state to find out the dates, qualifying products and the maximum spend.

Missouri appears to offer the best deal, with a wide range of products qualifying and a maximum spend of $3500. Several states require a computer to be one of the items purchased.

If you’re not fortunate enough to live in one of the qualifying states, hit up 9to5mac.com/products to find the lowest prices on Apple gear (many only charge tax in states where they operate).

We also noted yesterday that Retina MacBook Pros had dropped to their lowest-ever prices in the refurb store, and you can find more Apple deals over on 9to5Toys.

Nearly three years after the device first launched, GigaOm points us to a recently filed class action lawsuit that claims Apple’s iPhone 4 has a defective power button. The lawsuit claims that a defective flex cable typically causes the on/off switch to fail shortly after the device’s one year warranty has expired. It also claimsApple is aware of the problem, which is costing users around $149 to fix off of warranty.

Apple of course still sells the iPhone 4 through a number of carrier partners as its low end, $0 down iPhone option.

As we reported last week, AT&T today launched its new pre-paid wireless MVNO called Aio Wireless with the iPhone 5 on offer, front and center. Currently, the service is only available in Houston, Orlando and Tampa but it is expected to roll out nationally over the coming months.

The company will offer 4 plans: Aio Basic, Smart and Pro phone plans at $35-40 for 250MB, $55 for 2GB and $70/month for 7GB data respectively. Each plan will shift to lower speed data after data is used up and also offers unlimited calls and text on AT&T’s network. They will also offer a tablet plan that starts at $15/month for 250MB.

The MVNO will carry Android, Windows and Apple smartphones including iPhone 4S for $499 and iPhone 5 for $649 without subsidy. They also cap 4G data at 4Mb/s so LTE speeds shouldn’t be expected.

Clearly this, as well as Verizon’s upcoming MVNO-like service, will address the competition from T-Mobile and other pre-paid carriers.

Several job postings looking for both hardware and software engineers reveal that Apple is looking to begin its own chip development in Orlando, Florida.

Last week we learned that Apple is hiring software engineers to work on fingerprint technology at Authentec in Melbourne, Florida, which is about one hour south of the future site of the company’s development labs.

The job posting are interesting as Samsung, which works with Apple to develop the custom chips used in iPhones and iPads, continues to compete with Apple in the smartphone and tablet space.

END_OF_DOCUMENT_TOKEN_TO_BE_REPLACED 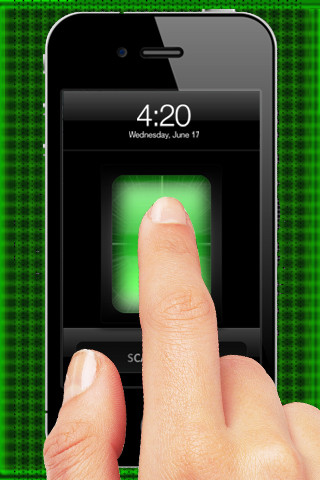 The job posting seeking a software engineer to write “low-level code to configure and control hardware” is the only listing on Apple’s site located at the “Melbourne Design Center” in Melbourne, Florida. Not only is the position looking for someone familiar with testing various sensors with LabTool and FA software, but Melbourne is also the home base of Authentec, the company Apple acquired fingerprint technology from last year for around $365 million.  END_OF_DOCUMENT_TOKEN_TO_BE_REPLACED

Go4Computers has the 16GB iPhone 4S in black or white for $619 with free United States shipping— and tax in Florida only. They also ship internationally. That’s $30 off of Apple’s no contract price.

Verizon put out dozens of press releases today announcing expansions and additions to its 4G LTE network. The majority of the additions and expansions will kick-in April 19.

C Spire confirmed via press release today after announcing it last month, that Apple’s iPhone 4S will be available on their network on November 11th in the Southeastern United States. C Spire will keep with Apple’s pricing, offering the 16GB version for $199, 32GB version for $299, and the 64GB version for $399. The carrier […]

More patent fun today as a small Florida company that may or may not be an LG spinoff called OSS systems sues Apple according to Patently Apple.  The Patent was originally filed by LG in 1999 and describes…

“A method for fast booting a computer system, comprising the steps of: A. performing a power on self test (POST) of basic input output system (BIOS) when the system is powered on or reset is requested; B. checking whether a boot configuration information including a system booting state which was created while executing a previous normal booting process exists or not; C. storing the boot configuration information from execution of the POST operation before loading a graphic interface (GUI) program, based on the checking result; and D. loading the graphic user interface (GUI) program.”

As far as Android competitors go, LG and Apple have a pretty cordial relationship  having signed a $500 million display deal a few years ago.  Displays in Apple’s popular devices, from 27-inch iMacs to retina iPhones are made by LG. LG could have spun the patent off as its own company, in an attempt to avoid locking horns with Apple in the courts.  Apple has been suing what seems like every other Android manufacturer over patent disputes. END_OF_DOCUMENT_TOKEN_TO_BE_REPLACED