Forget the flowers, 91 percent of techie moms want an iPad 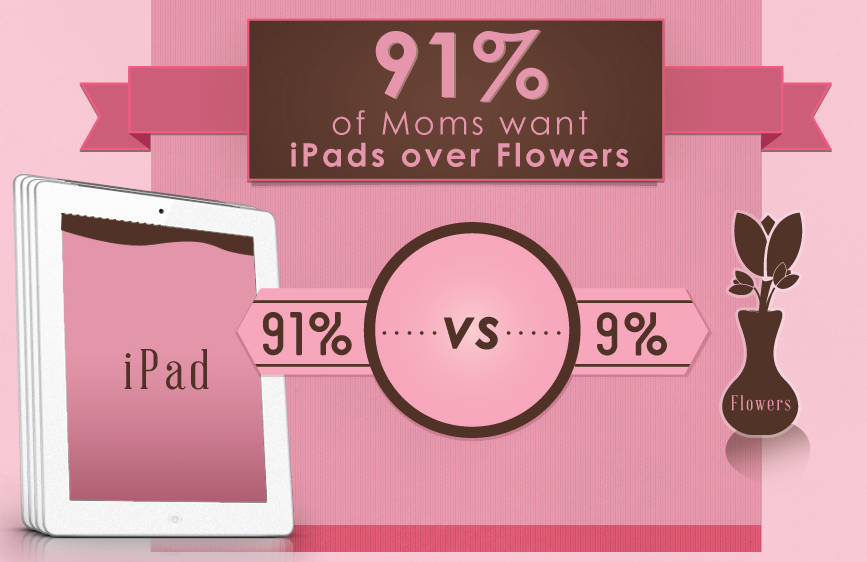 An admittedly biased source, Techbargains conducted a survey of mothers on their upcoming special day presents prospects. According to the survey, 91 percent picked an iPad over flowers.

While the iPad is a bit pricier than your garden-variety bouquet, you can save $100 and get her an iPad 2 (let’s face it, mom’s eyes are no longer going to need the Retina pixels – j/k!).

Speaking of bargains, moms were not quite as interested in the $199 Kindle Fire (18 percent), as they preferred the iPad (58 percent) when the devices were put head-to-head.

See the whole survey below: