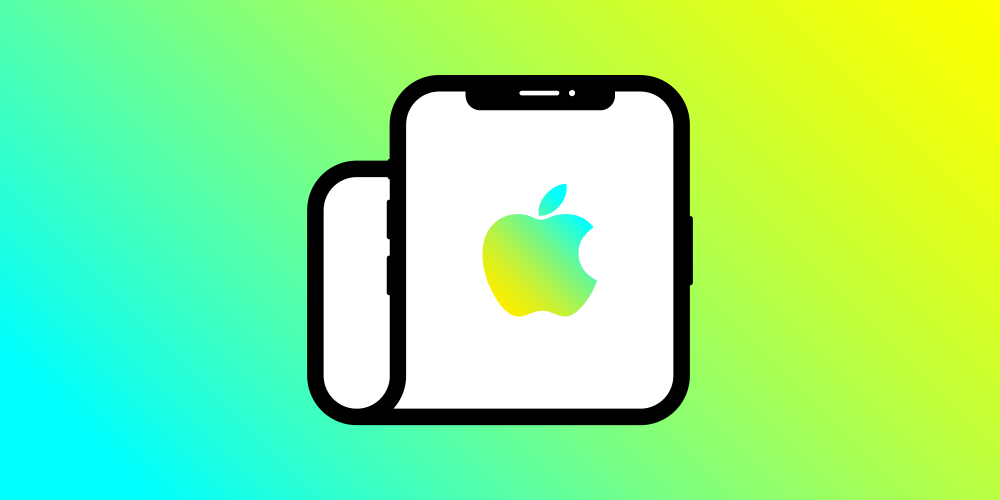 Before diving into everything we know about the foldable iPhone that’s in the works, here’s a recap of what we’ve seen actually hit the market from Android manufacturers and the early hard lessons.

Samsung was first to launch a foldable smartphone back in 2019, and although it had some serious issues – like the display breaking very easily – it kicked off a new frontier for mobile devices. In the time since we’ve seen Samsung release its second-gen foldable along with companies like Motorola, Microsoft, and more debuting competitors in the Android foldable space.

While it still doesn’t make sense for most people to buy a $2,000 foldable, the Samsung Galaxy Z Fold 2 did show some notable progress from the original and offered a compelling enough experience to convince our sister site 9to5Google that foldables are the future.

Apple’s approach on a foldable iPhone

It’s no surprise that Apple is taking its usual approach and letting other companies take the first crack at the nascent form factor. But that doesn’t mean Apple hasn’t been quietly working hard on its own take with a foldable iPhone.

While foldable iPhone patents have been filed going back to 2017, we saw a host of new ones pop up in recent years for things like preventing folding screen damage, a double-fold design, self-healing display, an exposed notifications strip, and more.

Many of Apple’s foldable iPhone patents hint at a single foldable display. However, we’ve also seen a patent for a folding iPhone that would use two separate displays like the Microsoft Duo.

Apple often files patents for ideas and features that it doesn’t bring to market. But if the company does launch a foldable iPhone in the coming years, it will have definitely benefitted from watching the problems with the early foldables from Samsung, Motorola, and others and solving them ahead of its first-gen product.

In November 2020, we heard a report that foldable iPhones entered testing at Foxconn to see how prototypes would handle being folded 100,000 times. The report went on to say that Apple was still undecided between using OLED or microLED screens and also suggested a possible launch as early as 2022.

Since then we’ve seen two more credible reports from Bloomberg and Ming-Chi Kuo. First, in January 2021, Bloomberg‘s Mark Gurman said that Apple has been working on a foldable iPhone for some time, but that a launch timeframe is unclear and it’s possible it won’t happen at all.

His sources say that Apple still doesn’t have a fully working foldable iPhone prototype, suggesting development remains in the early stages. And multiple sizes have been tested with one having a 6.7-inch display when unfolded.

Following that report, Ming-Chi Kuo put out an analyst note in March 2021 forecasting that if Apple was able to solve the challenges around creating a foldable iPhone, it could launch by 2023. Kuo believes that Apple’s first foldable would be in the 7.5-8-inch range.

The primary benefit of a foldable smartphone is the ability to have a tablet-size screen in the footprint of a traditional smartphone. Or in the case of Motorola, the ability to have a normal smartphone screen in a much smaller footprint. While Samsung and others have succeeded in bringing foldable hardware to market, there’s a lot to improve upon beyond just hardware durability like a compelling software experience.

Notably, Apple is in a good position to do just that with total control of the hardware and software. But it may have some work to do to convince customers. In a recent 9to5Mac survey about the new products Apple may unveil over the next four years, a foldable iPhone was on the bottom of the wishlist. AR/VR headset and glasses, the full Apple Silicon Mac lineup, Apple Car, and a true full-screen iPhone all ranked higher.

Back in March, reliable analyst Ming-Chi Kuo claimed that Apple is working on its first foldable iPhone that is supposed to be introduced in 2023. In a new investor note shared on Monday obtained by 9to5Mac, Kuo reinforces the rumors about a foldable iPhone, now saying that the company expects to ship up to 20 million units of this model in its first year of sales.

END_OF_DOCUMENT_TOKEN_TO_BE_REPLACED

Apple Glasses, folding iPhone, Apple Car: What rumored product are you most excited for? [Poll]

Over the next four years, Apple has some really compelling new products that could make it to market. When it comes to iPhone, Apple will likely realize its goal to create a single slab of glass by eliminating the notch and could also debut its first foldable. In the AR/VR space, we should see Apple’s first headset and possibly Apple Glasses. And wading into all-new territory, Apple Car could launch in that window along with other new innovations in the health industry and more. What Apple products are you most excited to see launch?

END_OF_DOCUMENT_TOKEN_TO_BE_REPLACED 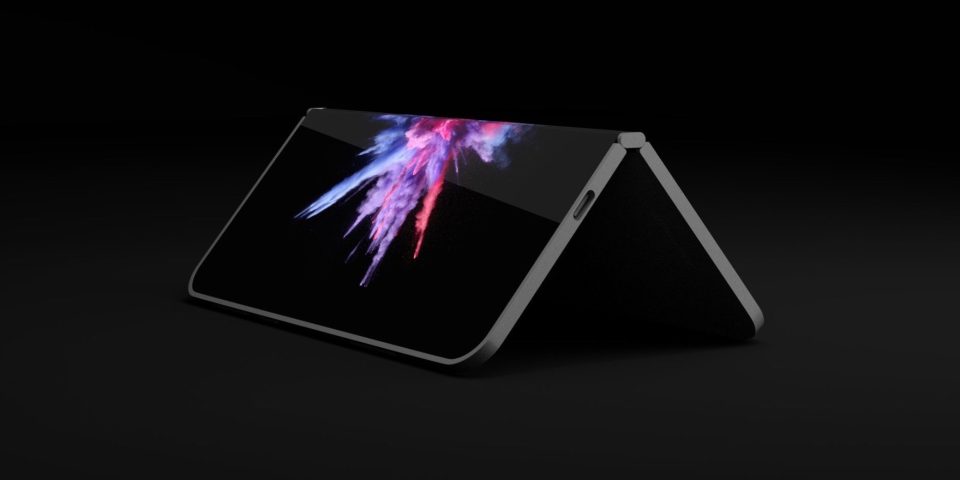 Ming-Chi Kuo’s analyst note today includes a range of predictions for iPhone 13, the next iPhone SE and iPhone 14, and also what we could see in 2023. Interestingly, Kuo predicts it’s possible Apple launches its first foldable iPhone as well as its first high-end model without a notch, and a sub-$600 iPhone 11 successor two years from now.

END_OF_DOCUMENT_TOKEN_TO_BE_REPLACED

YouTuber Strange Parts has been interested in creating a folding iPhone for a while now. And taking the first step to see if it’s really something he wants to commit the time and resources to, he created a setup that uses a Raspberry Pi to get iOS onto a couple of folding displays. Check out the video below for a closer look and this initial setup and the challenges of creating a foldable iPhone before Apple does. 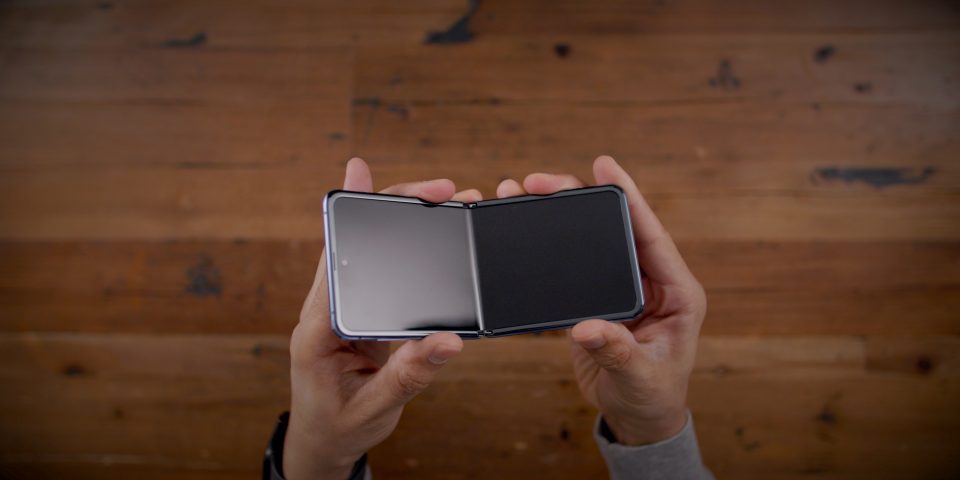 In November last year, a report citing Chinese suppliers claimed that Apple began testing folding iPhones for a launch in 2022. Bloomberg today corroborated that rumor with a new report about Apple now working on an iPhone with a foldable screen — although the launch schedule is unknown.

END_OF_DOCUMENT_TOKEN_TO_BE_REPLACED 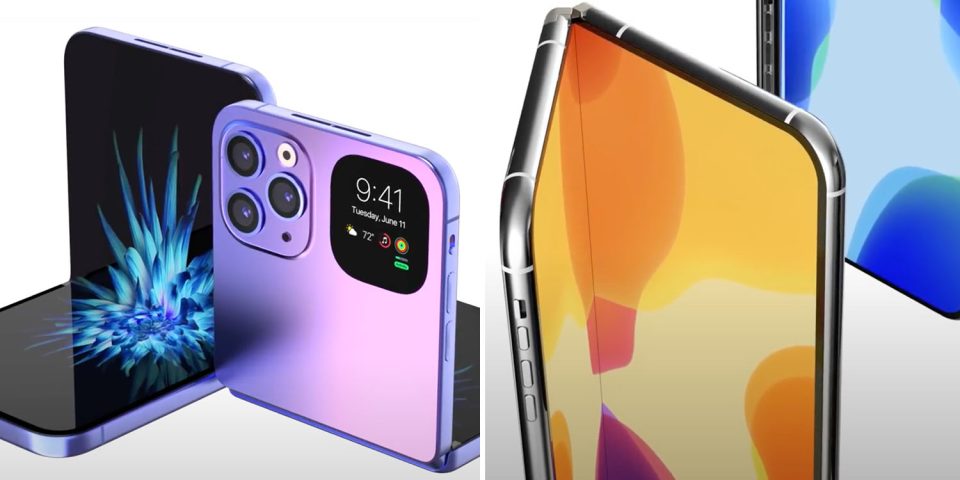 A Chinese report claims that Apple has had Foxconn and other suppliers make samples of folding iPhones, and that the devices could be launched as early as 2022.

Both Foxconn and Nippon Nippon have been asked to send samples so that Apple can see how they stand up to more than 100,000 fold operations …

END_OF_DOCUMENT_TOKEN_TO_BE_REPLACED

The idea would solve one of the main problems found in early folding smartphones, such as the one which turned the ill-fated launch of Samsung’s Galaxy Fold into a PR disaster …

END_OF_DOCUMENT_TOKEN_TO_BE_REPLACED 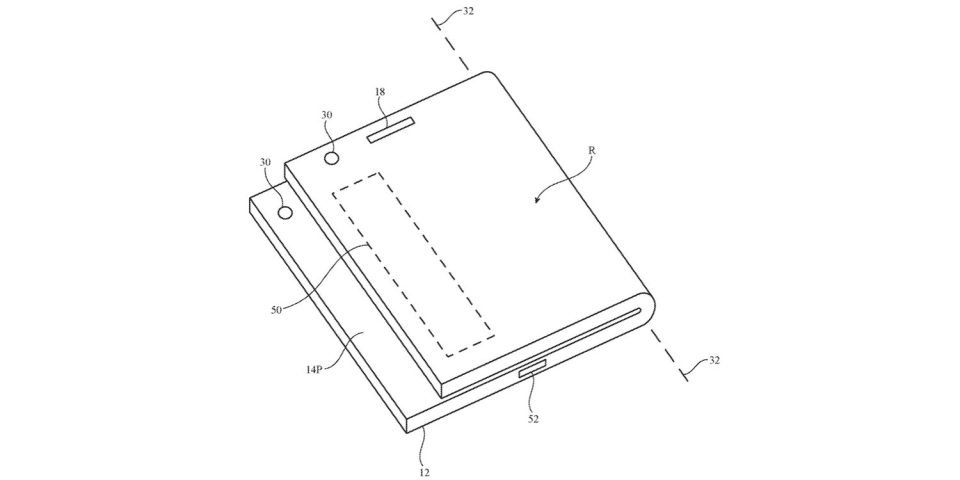 A folding iPhone patent application published today describes an interesting potential approach to displaying notifications and interacting with the phone while it is folded.

Instead of the fold being in the centre of the screen, it’s offset so that a strip of screen is exposed in the folded position, as seen above…

END_OF_DOCUMENT_TOKEN_TO_BE_REPLACED 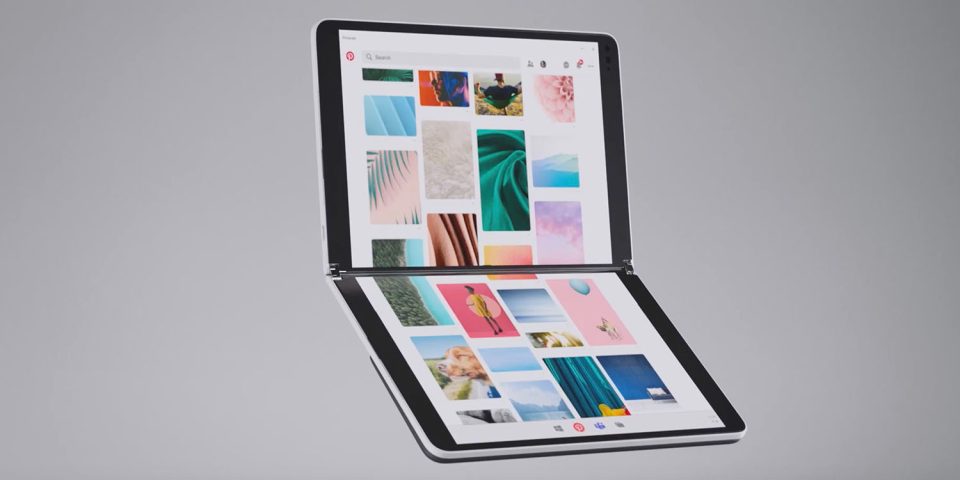 A new Apple patent application describes what may be a more practical approach to creating a folding iPhone or iPad.

END_OF_DOCUMENT_TOKEN_TO_BE_REPLACED

Comment: Samsung’s Galaxy Fold may be premature, but I still see a foldable iPhone in our future 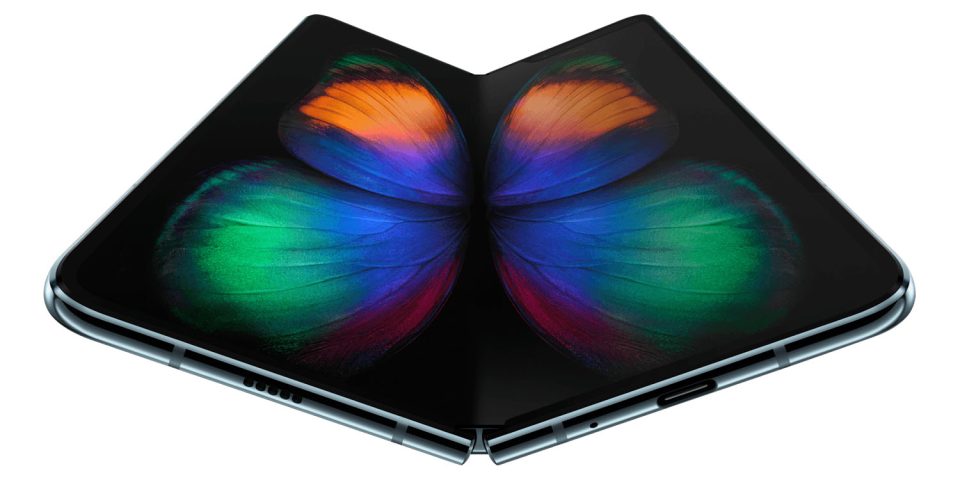 We got one step closer yesterday to a foldable iPhone when Samsung’s real-world folding smartphone was unveiled on stage: the Galaxy Fold.

Samsung first promised a foldable smartphone way back in 2013, when it was complete fiction. It followed this by teasing a prototype device in November last year. We didn’t get much of a look at it, and I had my own suspicions about the timing of that preview.

But yesterday, Samsung announced that the Fold will go on sale in April …

END_OF_DOCUMENT_TOKEN_TO_BE_REPLACED

Apple granted another patent on a folding iPhone, including a double-fold design 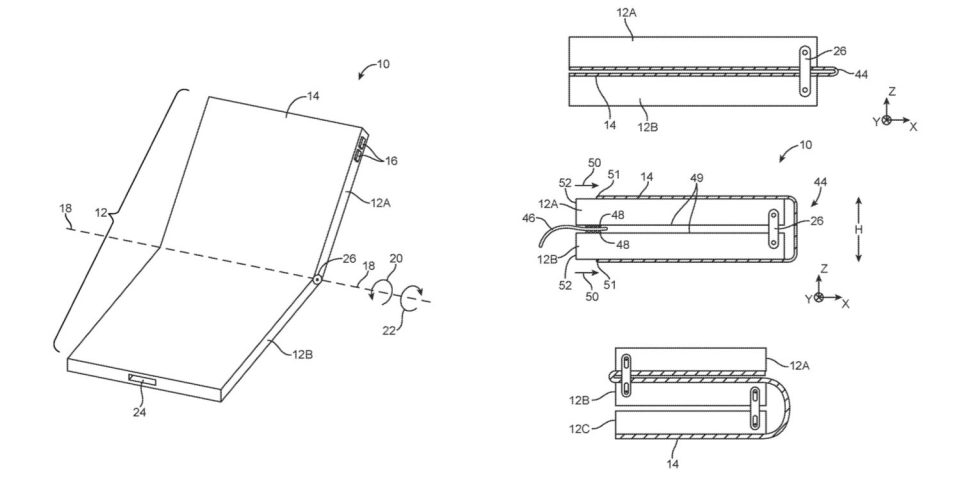 END_OF_DOCUMENT_TOKEN_TO_BE_REPLACED

The US Patent & Trademark Office has today published an Apple patent application for a foldable display. This follows earlier rumors that the company was working with LG on a future foldable iPhone.