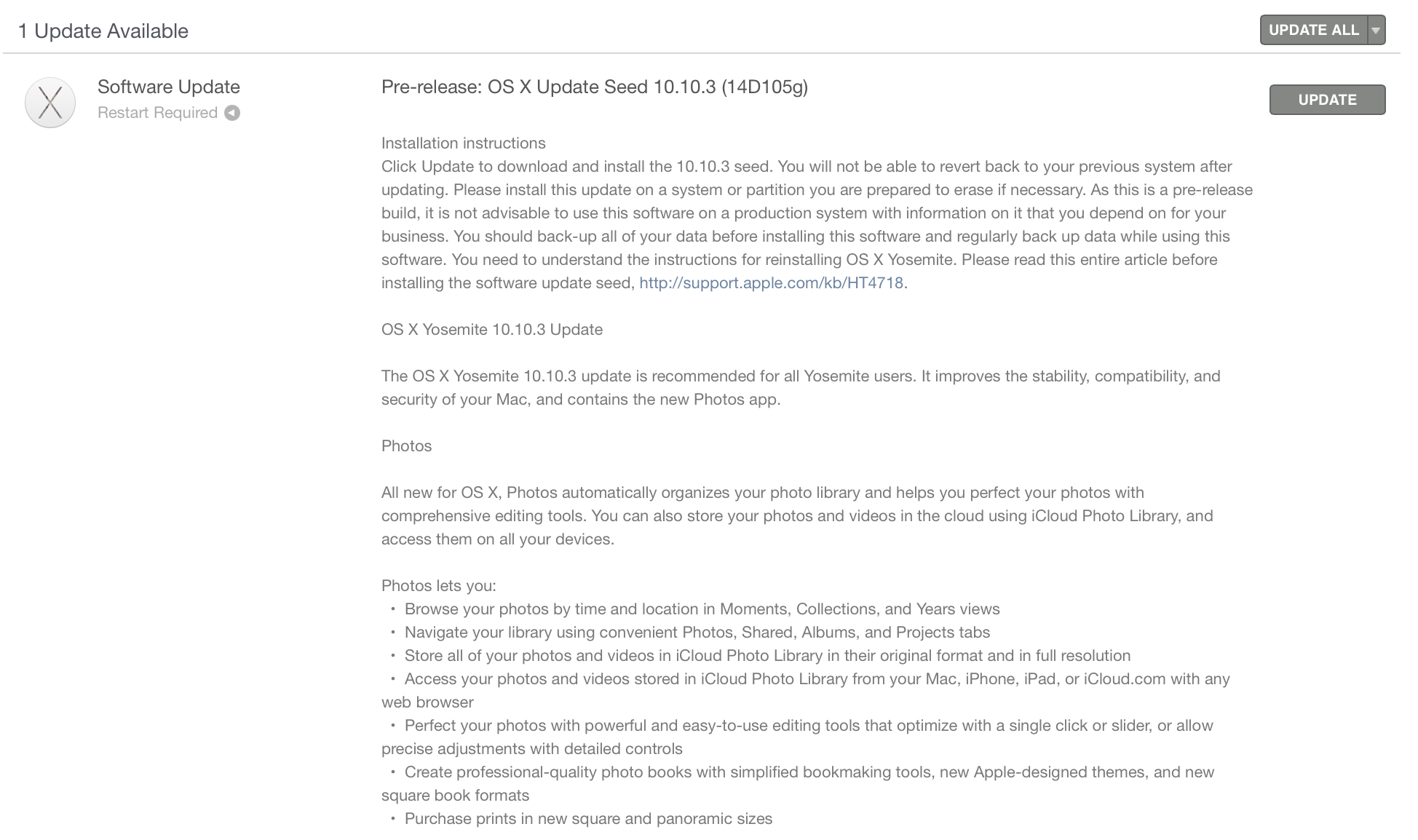 Less than a week following the previous seed, Apple has released build 14D105 of the upcoming OS X Yosemite 10.10.3 to both developers and users of the Public Beta. Apple has not yet said when 10.10.3 will be released to all OS X Yosemite users, but the increase in seeds in recent weeks likely indicates that a wider launch is fast approaching. As we’ve previously detailed, 10.10.3 will include the all new iCloud-based Photos app for the Mac, developer APIs for the new Force Touch Trackpad on the MacBook and MacBook Pro with Retina display, and a new Emoji picker across the system.