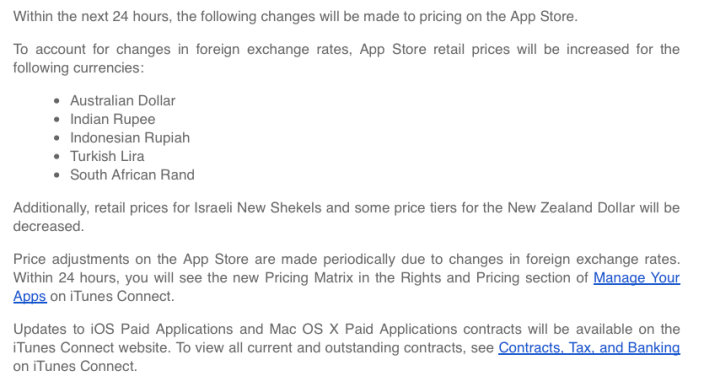 As it has previously done from time to time, Apple has announced to developers in an email (seen above) that it will be adjusting App Store prices in a number of countries to address changes in foreign exchange rates.

Prices in Australia, India, Indonesia, Turkey, and South Africa that use the currencies listed above will automatically see an increase on the App Store over the following 24 hour period, Apple says.