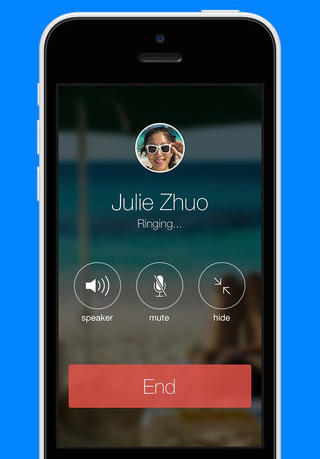 Just a week after Facebook added group management to its Messenger app, the social network is out with yet another update to the messaging service: free calls for everyone.

The feature allows you to call your Facebook friends who also have the app over WiFi for free (you can call over cellular as well, but this uses data, of course). Free calling is especially beneficial to users who communicate internationally as calling rates tend to get pricey in that area.

Messaging threads now include a phone icon for prompting calls from the app, and the actual phone user interface resembles the native iOS Phone UI prior to iOS 7.1 introducing a tweaked design to the Phone app.

Facebook-owned Whatsapp is poised to introduce VOIP support in an upcoming update as well. Screenshots of Whatsapp in-app calling leaked earlier this year.

Facebook Messenger 4.1 is available for free on the App Store.