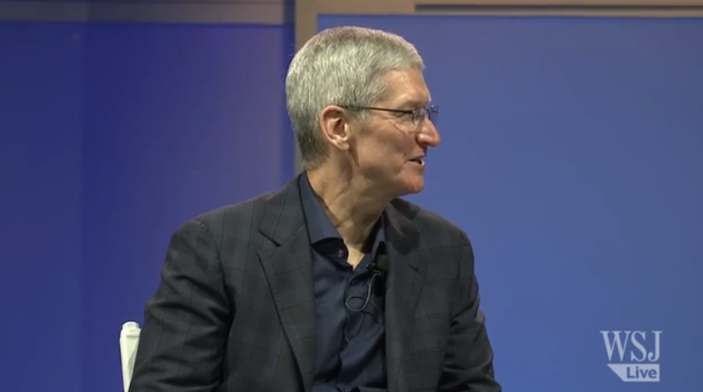 The Wall Street Journal has posted the full-length video of its recent interview with Apple CEO Tim Cook, in which he discusses about a wide range of topics including the Apple Watch, Apple Pay, doing a TV the right way and more. The roughly half-hour interview took place at the WSJ.D Live global technology conference in October. END_OF_DOCUMENT_TOKEN_TO_BE_REPLACED

NBC updated its mobile app for iPhone and iPad today with one big update for iOS and Apple TV users: the ability to AirPlay content from the mobile app to your TV via Apple TV.

The update is a big deal for a couple of reasons. The most notable being the fact that NBC offers full TV episodes for free through its mobile app, without the requirement of signing into your existing cable subscription like many other popular network apps. NBC has always been one of the go to apps for cord cutters, and now they’ll be able to beam that content onto the big screen using an Apple TV and AirPlay. Getting a lot of this content on the Apple TV previously required a subscription to Hulu or signing into a cable subscription.  END_OF_DOCUMENT_TOKEN_TO_BE_REPLACED