One 'future of SMS' story April 2013
See All Stories 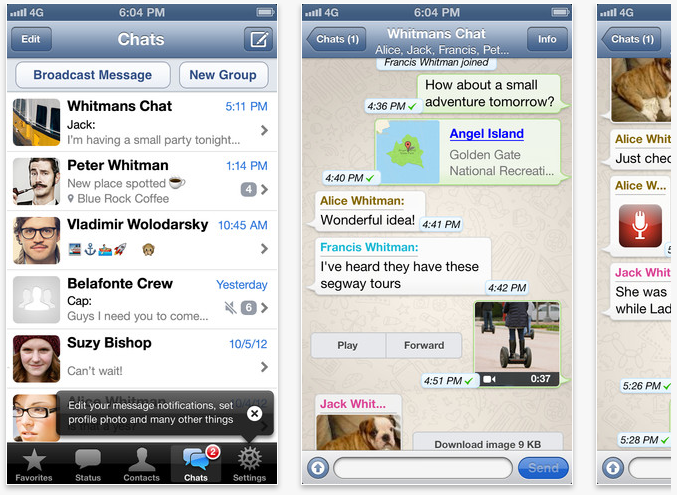 App-based messaging has overtaken SMS messaging for the first time, according to new figures released by research company Informa (via BBC News).

Informa said almost 19 billion messages were sent per day on chat apps in 2012, compared with 17.6 billion SMS texts … It has projected that nearly 50 billion messages will be sent per day using these apps by 2014, compared with just over 21 billion traditional SMSs. However, it said that despite the growing gap between the two, SMS will continue to remain a key player in the sector.

Chat apps like WhatsApp may be dominating on smartphones, but around half the global market still uses featurephones, and of course there are less tech-savvy smartphone users who remain oblivious to alternatives. Businesses remain keen on SMS too, said Informa spokesperson Pamela Clark-Dickson “as it can be used on all mobile phones and they do not need smartphones to use it.”