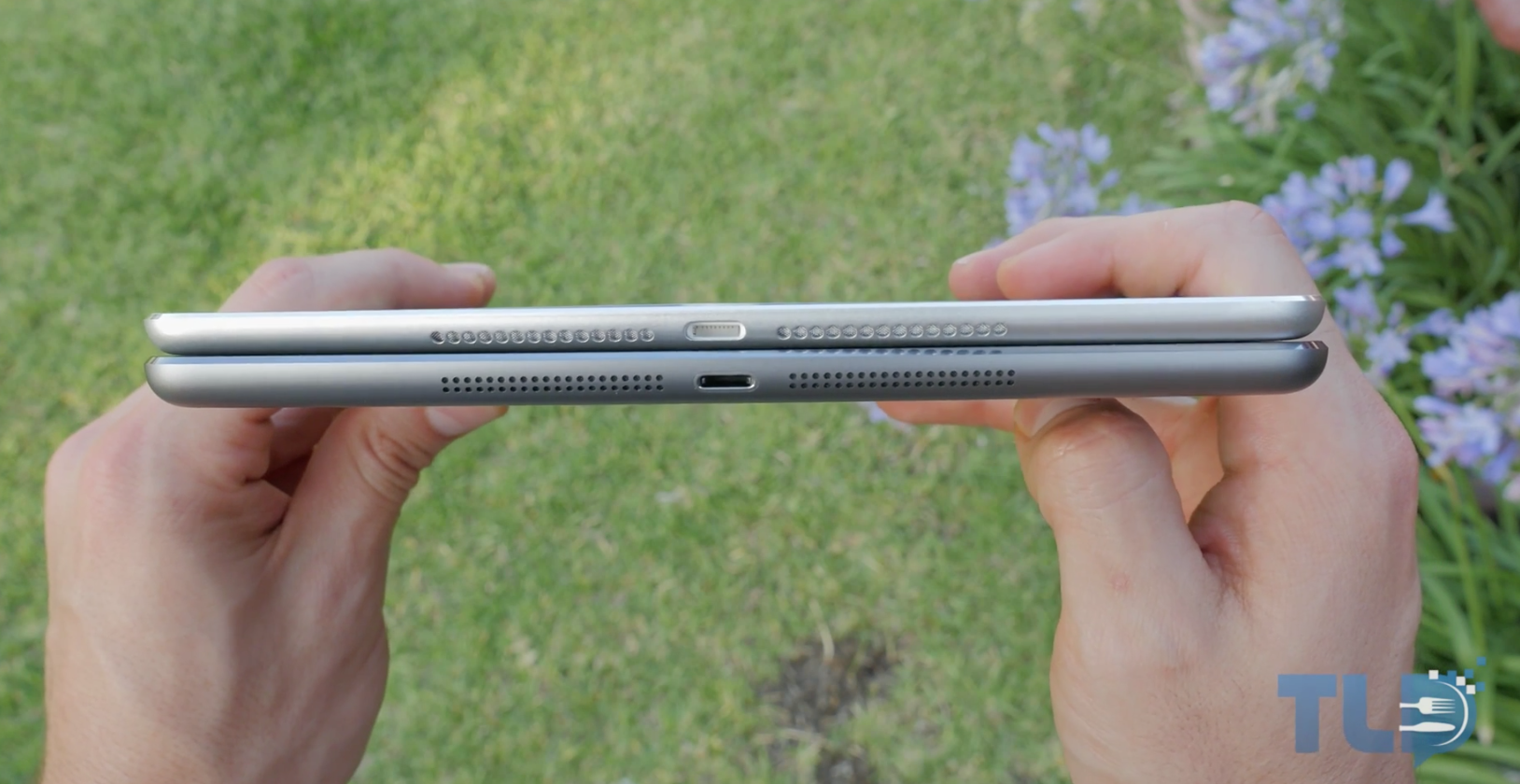 Touch panel makers TPK and GIS are among some of the makers receiving orders from Apple for full-lamination units. Sources said the new model will remain unchanged in terms of size and resolution, but that it will be thinner, equipped with an enhanced processor, and contain improved fingerprint recognition features.

Two problems there (at least).

1) The current batch of physical mockups/leaks indicate that the new iPad Air will look mostly the same as the current version, and that it will be roughly the same thinness. You can tell in the image above that the new model (on the top) is only very slightly skinner.

2) How can the fingerprint sensor be “improved” if it never existed in the first place? Nonetheless, we’re hearing the new model does include a Touch ID sensor, like the iPhone.