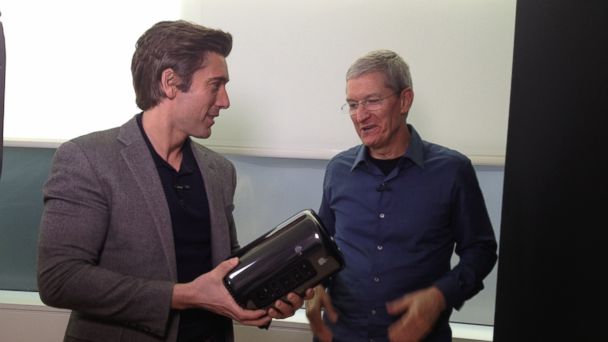 Update: We’ve got video of the interview, which also includes Craig Federighi and Bud Tribble.

ABC News has announced that it has interviewed Apple CEO Tim Cook regarding the 30th anniversary of the Mac. The interview will air tomorrow night on World News with Diane Sawyer at 6:30 PM EST. A small portion of the interview will be presented at 7 AM EST on Good Morning America…

END_OF_DOCUMENT_TOKEN_TO_BE_REPLACED

As promised, ABC aired its documentary about Foxconn factories producing Apple products. In an unprecedented move, Apple decided to grant the network’s “Nightline” program full access to its Chinese supply chain, so correspondent Bill Weir traveled to Shenzhen, China to look at “iFactories,” as ABC dubbed them.

Full disclosure: Disney Corporation owns the ABC News network. The fact that the Steve Jobs Trust is Disney’s largest individual shareholder, coupled with Disney CEO Bob Iger now having a seat on Apple’s board of directors, certainly helped win the official approval from Apple. It also raises questions on a possible conflict of interest with this report.

The full “iFactory: Inside Apple” report is scheduled to air on a special edition of “Nightline” due tomorrow, Feb. 21, at 11:35pm ET/PT. A preview will air on “Good Morning America” and “World News with Diane Sawyer.” A long article that accompanies a video teaser, included above for your convenience, offers a grim description of working conditions inside Foxconn plants: