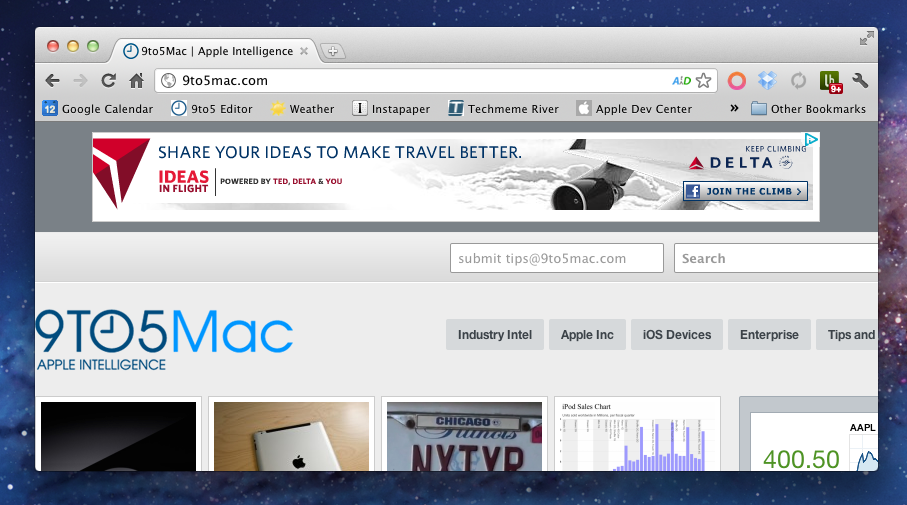 Google has announced on the Chrome Blog a new release on the Chrome stable channel. The new release has been available to developers in the dev channel since August, where developers got the chance to use the full-screen mode (Ctrl+Shift+F) and overlay scrollbars inside of Lion. Today, these features have landed for everyone; download it here.