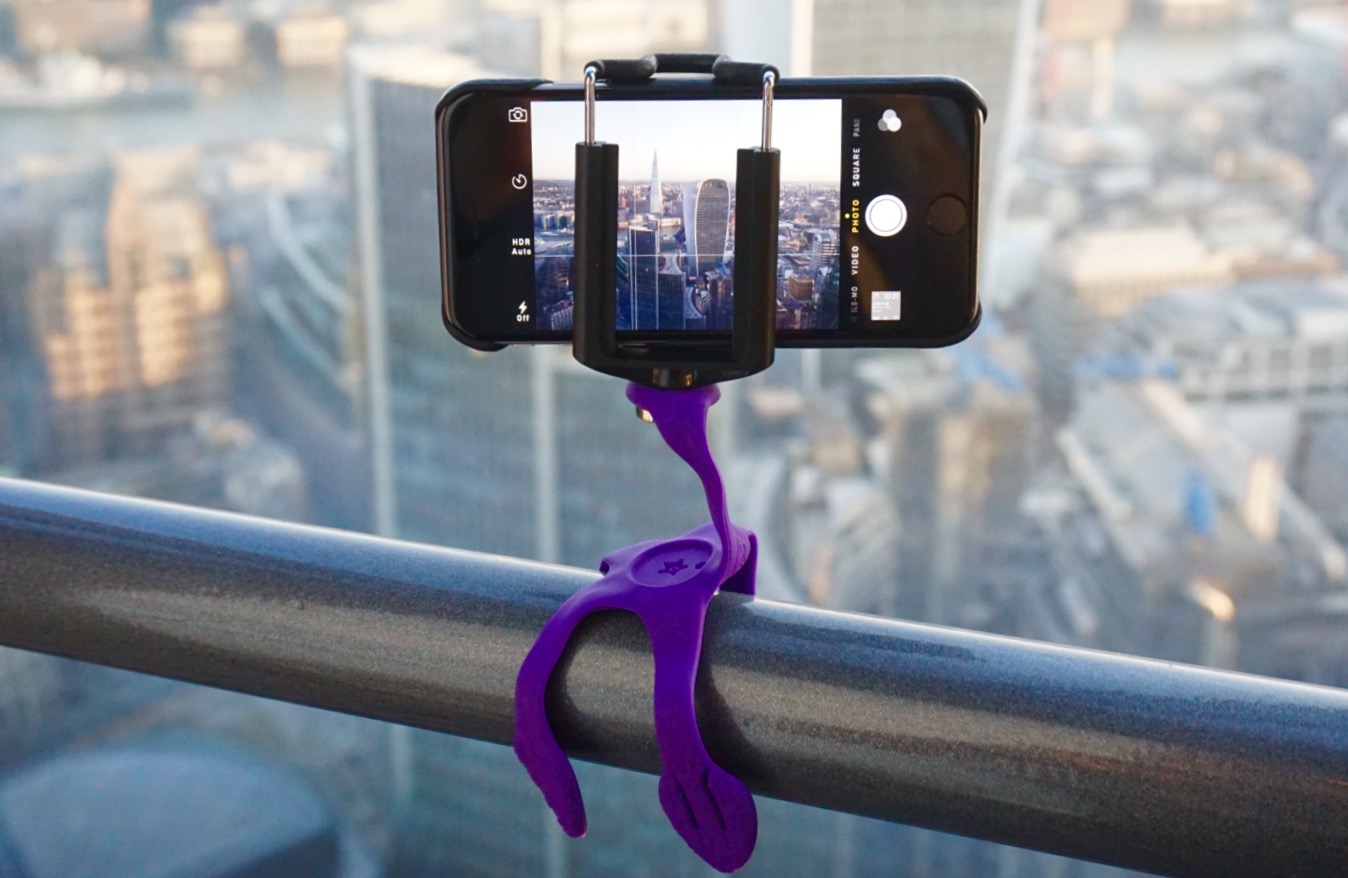 I have a Gorillapod which comes in handy for my compact camera, but it’s a little chunky to carry around for use with an iPhone. The Gekkopod is a similar idea, but in a much smaller format, making it a lot easier to tuck away into a bag for those times when you find you need a stable platform for a photo – whether for a selfie or a low-light shot where you want to avoid camera shake.

I’ve been trying out a prototype for a couple of weeks, and the grippy plastic legs wrap around most things very securely. With the sun going down, the Gekkopod held the camera steady for a low-ish light shot while using my Apple Watch as a remote shutter release. I didn’t even need to fully wrap the legs around the railing to hold it securely in place. The legs can then be folded or flattened to carry in your bag, whatever works best to fit the available space.

The one issue is that the arm that holds the camera isn’t quite stiff enough. It works fine with the phone held level, but starts to droop if you have the camera pointed down.

The Gekkopod started life as a Kickstarter project with a modest $15k goal, and raised almost $100k. It’s available now for pre-order for $19.90, but it’ll be October before it ships.