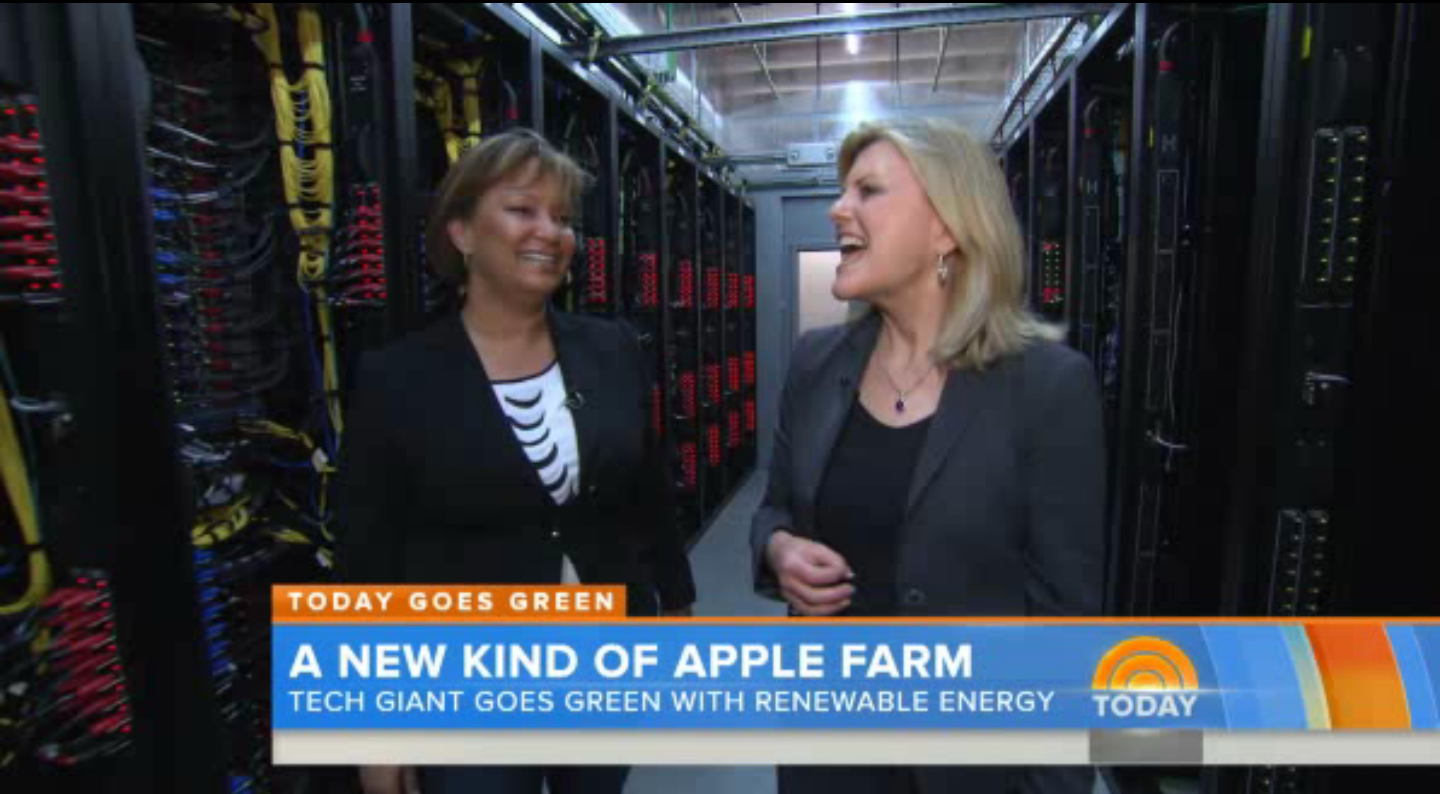 Apple gave NBC’s Today a rare look inside its Maiden, NC data center during a segment on the company’s efforts to use more green energy (via AppleInsider). Apple’s NC data center is powered entirely by reusable energy, including a massive solar farm and on-site biogas cells.

Jackson notes that Apple sometimes generates even more solar power than it needs, which allows the excess to go toward supplying energy to the city’s power grid

The segment also includes a look at the inner workings of the data center, which serves as the center of Apple’s iCloud and other online operations. You can see the entire clip below.

The Environmental Protection Agency has published its list of the top 30 tech and telecom companies in the U.S. that take advantage of the most renewable energy sources, placing Apple near the top of the bunch at fourth place. Apple’s green power consumption reached 537,393,667 kWh, according to the EPA’s report.

According to the EPA, only Intel, Microsoft, and Google use more green energy than the Cupertino company—though Apple definitely takes the prize for sourcing its power from the longest list of providers (eleven, compared to the next-highest count of only five).

The study also notes that around 85% of Apple’s total power usage comes from “green” sources, such as wind and solar, while the other 15% comes from non-green sources.