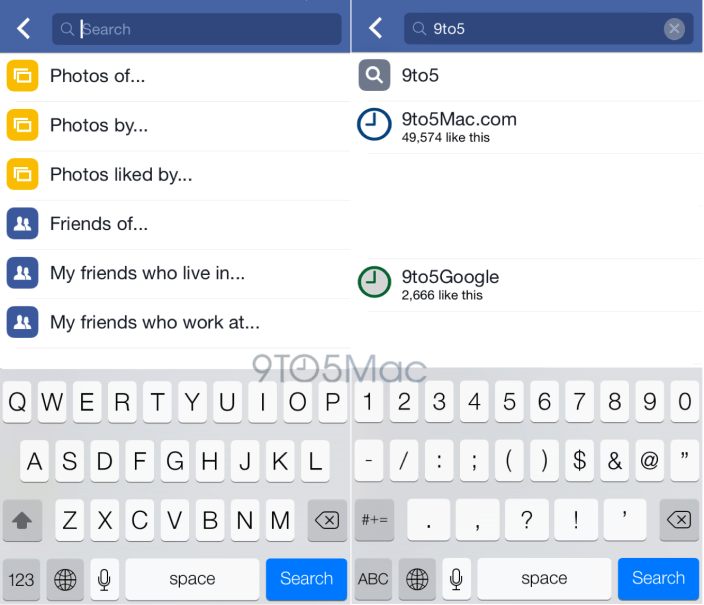 Facebook is preparing a pair of major updates for its most popular iPhone applications, according to a source familiar with the apps. Facebook is testing an updated version of its main iPhone, iPad, and iPod touch client that integrates the social network’s powerful Graph Search tool. Graph Search is a feature that allows Facebook users to locate fellow users that have similar interests. For example, a Graph Search user can search for all friends who “Like” a certain Facebook page, musician, or movie. The upcoming app update incorporates Graph Search into the Facebook app’s main search bar.

In addition to the aforementioned update to the main Facebook for iOS application, Facebook is preparing a redesign of its Messenger app. Facebook is said to be internally testing two new versions of Messenger. The first version is said to look largely similar to the Messages application bundled into iOS. That version includes green interface elements. The second version in testing, which the source says is more likely to ship to end-users, is heavy on white space and very fitting for iOS 7’s design. It is not filled with blue interface elements like the new Facebook app. The new app has tabs for active/recent chats, contacts, and settings across the bottom…