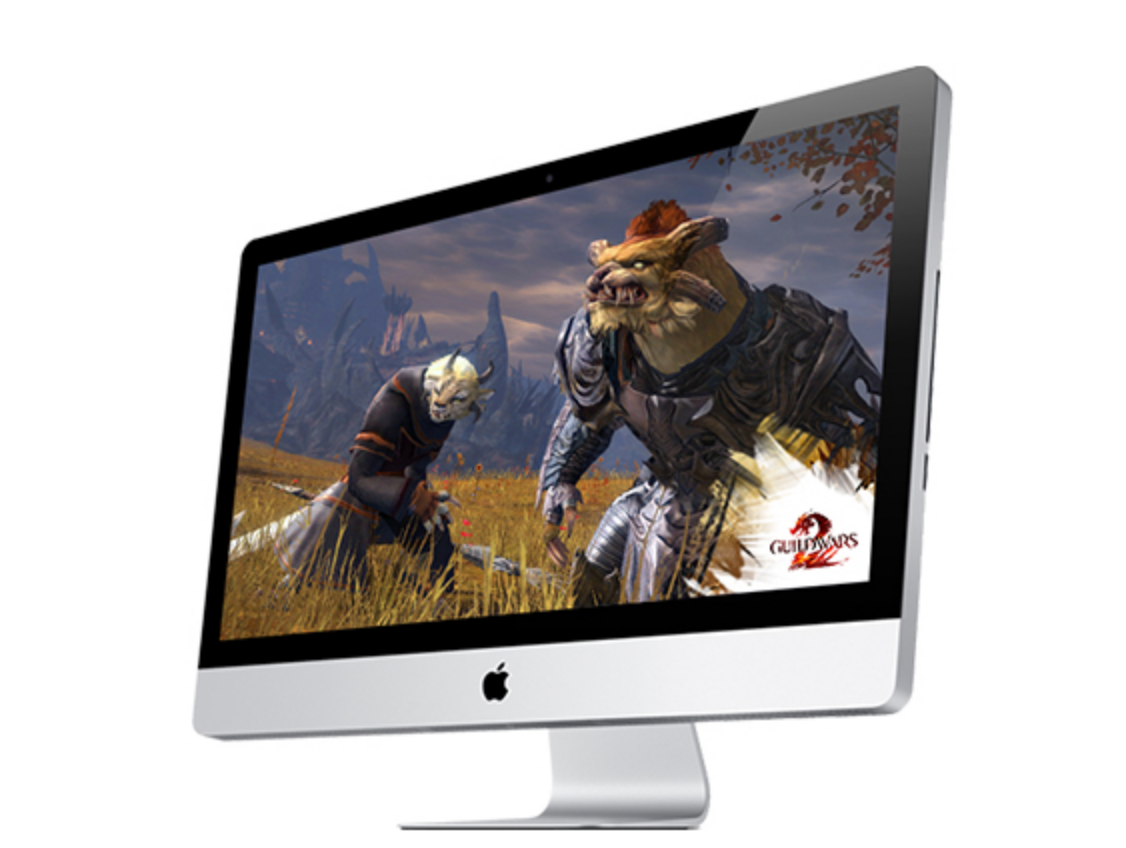 Guild Wars 2 OS X Beta: NCsoft, developer of the popular PC MMORPG franchise “Guild Wars”, announced today that its critically acclaimed Guild Wars 2, released last month for PC, is now officially available for Mac OS X. The Mac version is available to download through the game’s account management page after purchasing the title and will initially launch in beta. While Windows players already have a jump on Mac users, the developer confirmed the beta would run on live servers to allow seamless play between Mac and PC users. You will need 10.7 or higher, an Intel Core i5 or better, and at least 4GB of RAM.

The Mac beta version of Guild Wars 2 is still being optimised and, unlike other betas, is connected to the live servers allowing everyone to play together on both Mac and Windowsbased computers…To deliver this support, ArenaNet is partnering with TransGaming whose revolutionary Cider technology dynamically translates between operating environments. This approach means that future updates to the game will also be available for Windows and Mac simultaneously… ArenaNet staffers are big fans of Macs. We offer them as part of our employee laptop subsidy program, and our president Mike O’Brien is rarely seen without his Mac laptop. We’re as excited as anyone to play Guild Wars 2 on OS X.

NCsoft’s full press release is below:

Guild Wars 2 will be available for Mac in a beta version to anyone who purchases Guild Wars 2. The Mac beta version of Guild Wars 2 is still being optimised and, unlike other betas, is connected to the live servers allowing everyone to play together on both Mac and Windowsbased computers. Users will be able to access the Mac beta client through the Guild Wars 2 account management website after activating their game code.

As one of the most successful game launches of the year, Guild Wars 2 delivers an unparalleled gaming experience set in a magical world of high fantasy. Like its predecessor, Guild Wars 2features a subscription-free business model that allows players to enjoy the entire online experience for just one initial purchase.

In this groundbreaking online RPG, players will experience seamless, cooperative gameplay in a massive, online world. In Guild Wars 2, players embark on an epic journey in a gorgeously rendered world that is constantly evolving in response to player actions. Combined with visceral, fast-paced action and player vs. player combat of unequalled quality and scale, Guild Wars 2 is destined to be the premiere online gaming experience for both PC and Mac.

To deliver this support, ArenaNet is partnering with TransGaming whose revolutionary Cider technology dynamically translates between operating environments. This approach means that future updates to the game will also be available for Windows and Mac simultaneously.

NCsoft, headquartered in Seoul, Korea, is the world’s premier publisher and developer of massively multiplayer online games, including the critically acclaimed Aion®, Lineage® and Guild Wars®franchises. NCsoft West is a division of NCsoft that holds operating responsibilities for North America, Europe, South America, and Australia/New Zealand. More information can be found atwww.ncsoft.com.

Guild Wars 2 is a visually stunning MMO that offers players the epic grandeur of a massive role playing environment combined with innovative combat mechanics, dynamic events, and customised personal storytelling. Building on the success of Guild Wars, NCsoft andgame developer ArenaNet have created an MMO that lets gamers play the way they want, while at the same time retaining the no-subscription-fee business model that made the original Guild Wars so popular. For more information about Guild Wars 2, visit www.guildwars2.com.

TransGaming Inc. (TSX-V: TNG) is the global leader in the multiplatform deployment of interactive entertainment. TransGaming works with the industry’s leading developers and publishers to enable and distribute games for Smart TVs, next-generation set-top boxes, Mac computers, and Linux/CE platforms. TransGaming is headquartered in Toronto, Canada. For more information, visitwww.transgaming.com.