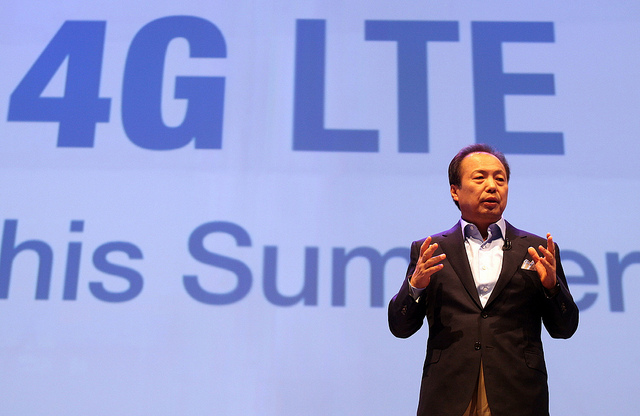 The legal battle between Samsung and Apple is nothing new, because the two companies have duked it out in court for quite sometime. Both companies are ordered to meet to talk about a deal tomorrow. Not surprisingly, Samsung chief JK Shin is looking to resolve the differences between his company, and Apple is looking toward negotiating with them, according to Reuters. One of the ways he suggested is a cross-licensing deal: “There is still abig gapin the patent war with Apple but we still have several negotiation options including cross-licensing.”

Headed to the United States today, Shin is accompanied by chief executive Choi Gee-sung. Both will meet with Apple’s CEO Tim Cook and company in a San Francisco court tomorrow to try to hammer out a negotiation.

The interesting part of this whole kerfuffle is that Samsung is a key supplier for many parts that Apple uses in its products. South Korean-based Samsung even has a factory in Austin, Texas dedicated to making chips for Apple’s iOS devices. However, even with giving each other their business, the two companies’ relationship is not very good. Samsung is one of the most popular manufacturers of Android handsets, leaving both Apple and Samsung suing each other to try to back up their respective devices.

We will cover anything that comes out of the court tomorrow, but do not expect the two companies to strike a deal very quickly, because it looks like it is going to take a bit to settle their differences.