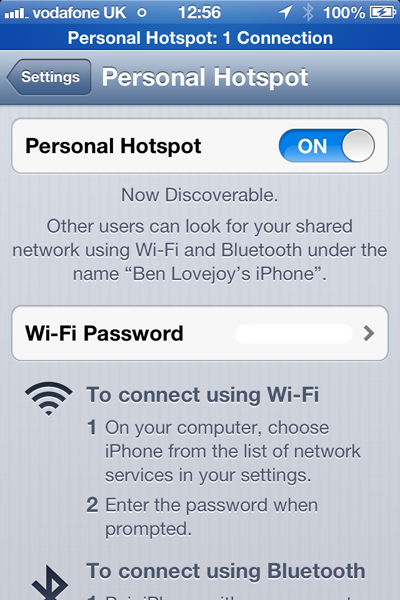 Weaknesses in the system used to generate default passwords for the iPhone’s personal hotspot function – allowing a wifi-enabled device like a MacBook to share the phone’s mobile data connection – mean that they can be cracked in just 50 seconds with the right hardware, according to researchers at a German university (via ZDNet).

Any default password used within an arbitrary iOS mobile hotspot is based on one of 1,842 different words.

This, combined with an increase in cracking hardware — a GPU cluster consisting of four AMD Radeon HD 7970s — allowed the researchers to crack any iOS hotspot with an OS-generated password within 50 seconds. Although such hardware is physically out of the reach of most users, the researchers said that similar resources are easily available through today’s cloud computing technologies …  END_OF_DOCUMENT_TOKEN_TO_BE_REPLACED