One 'Henry A. Waxman' story March 2012
See All Stories 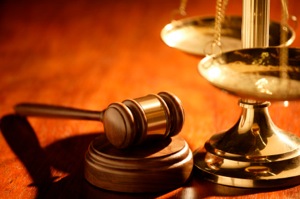 As we reported earlier this month, Apple was set to appeal a $1.2 million fine imposed by Italian anti-trust authorities Autorità Garante della Concorrenza e del Mercato. The authorities argued Apple is misleading consumers by selling its one-year AppleCare warranties without informing customers of a two-year warranty mandatory by European Union law. Apple officially lost the appeal in court this week, which forced the company to pay the €900,00 fine and alter its AppleCare policies to properly inform consumers going forward. Apple can still appeal the decision, but consumer groups from 10 other countries are also requesting Apple change its policies—indicating this could soon be EU-wide. (via Repubblica.it)

Following the Path incident, a letter sent from lawmakers to Apple in February requested information on how the company collects personal data. The two congressional representatives behind the letter, Henry A. Waxman and G. K. Butterfield, sent letters to 34 app developers requesting similar information. One of the letters was sent to Tim Cook and Apple about the “Find My Friends” app. The letters are requesting that developers answer questions about their privacy policies and how they handle user data. In response to Path, Apple already confirmed, “Any app wishing to access contact data will require explicit user approval in a future software release.”

Earlier this month, we reported that U.S. Circuit Judge Richard A. Posner ruled in favor of Apple’s request to view documents related to the development of Android and the Google/Motorola acquisition. Apple claimed, “The Android/Motorola acquisition discovery is highly relevant to Apple’s claims and defenses.” According to Bloomberg, Apple told the courts last week that Motorola has yet to fulfill the original request, but Judge Posner denied Apple’s request this week and said, “Motorola’s objections are persuasive.” Two patent infringement-related trials between Apple and Motorola are set for June, and Posner warns Apple will have to “narrow its request to a manageable and particularized set of documents” for any future production of data requests.
END_OF_DOCUMENT_TOKEN_TO_BE_REPLACED