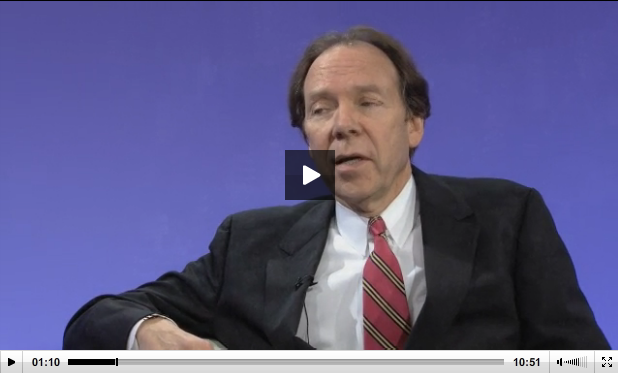 Reports from the Wall Street Journal last October revealed Sprint’s Chief Executive Officer Dan Hesse convinced the company’s board to take on a staggering commitment of approximately $20 billion to purchase 30.5 million iPhones over four years. At the time, Hesse said Sprint “would likely lose money on the deal until 2014. ″ He also claimed not having the iPhone was “the No. 1 reason customers leave or switch.” In an interview with Mobile World Live (via BGR), Hesse defended the decision and claimed, among other things, that iPhone users are “more profitable than the average smartphone customer.”

“ Subsidies are heavy for the iPhone. This is the reason why a high percentage of new customers is important… But iPhone customers have a lower level of churn and they actually use less data on average than a high-end 4G Android device. So from a cost point of view and a customer lifetime value perspective. They’re more profitable than the average smartphone customer.”

Hesse went on to claim that Sprint was “pulling a lot of customers” from AT&T and Verizon during the fourth quarter by noting four out of every 10 iPhones the carrier sold were new customers. According to Hesse, that is around double the rate of the other carriers. END_OF_DOCUMENT_TOKEN_TO_BE_REPLACED