High school kids are three times more likely to have iPhones than adults?

Piper Jaffray’s Gene Munster has surveyed kids for a many years on their electronics usage. This spring, he polled 5,600 students, and half the group was male, while the other half was female. A surprising 34 percent of high school respondents said they owned an iPhone and 40 percent said they planned to get one in the next six months:

This is surprising, because comScore released its own Mobile phone breakdown today that claimed only 13.5-percent of ages 13 and up owned Apple phones: 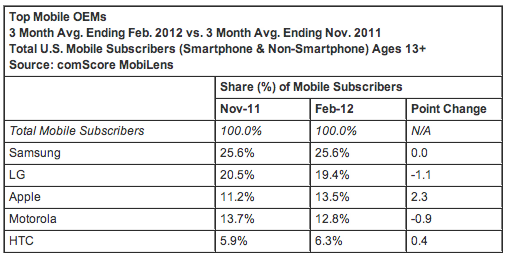 Included in that 13.5-percent are supposedly those 34 percent of high school kids, meaning the adult population would have to be even lower than 13.5-percent, which also means high school kids are three times as likely to own an iPhone as their parents if the numbers are right. END_OF_DOCUMENT_TOKEN_TO_BE_REPLACED