Verizon LTE is also being installed in Apple Stores

About a month and a half ago, one of our Apple Store sources told us that some Verizon techs had visited that day and upgraded the in-store cell equipment to LTE.  At the time, LTE iPhones seemed like a distant possibility for upcoming iPhones and a Verizon source told us that upgrades to cell boxes were happening somewhat arbitrarily all over the country.  Tim Cook, in a conference call earlier this year, made it sound like LTE was going to have to wait until later builds.

Tim Cook said that these early generation LTE chips would require too many compromises in design.

But yesterday things changed when a report detailled the LTE (specifically Verizon in this case) strings that were pulled from a carrier version of iOS OTA updates.  Could the changing of the iPhone release schedule be timed to allow Apple to get the most modern LTE chips in iPhones aas well as give the networks time to mature?

Fast forward to this today, where Engadget says AT&T is also upgrading its on-premise Apple Store Cells to LTE. 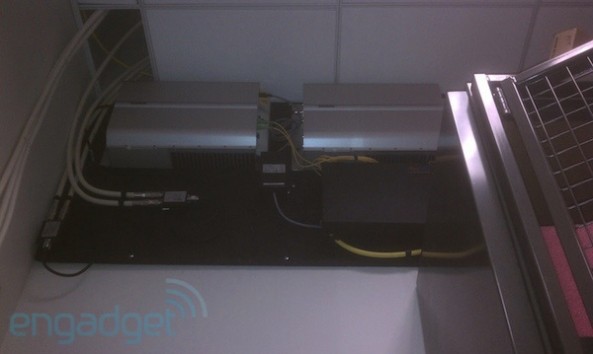 Sure, but it possible that AT&T is just building up its nationwide infrastructure ahead of its LTE rollout, which today it announced (below) was going to start in 5 cities next month and…

Realistically, does that sound like the type of  mainstream network Apple will aim its iPhone 5 towards? END_OF_DOCUMENT_TOKEN_TO_BE_REPLACED