How much Apple CEO Tim Cook really made last year 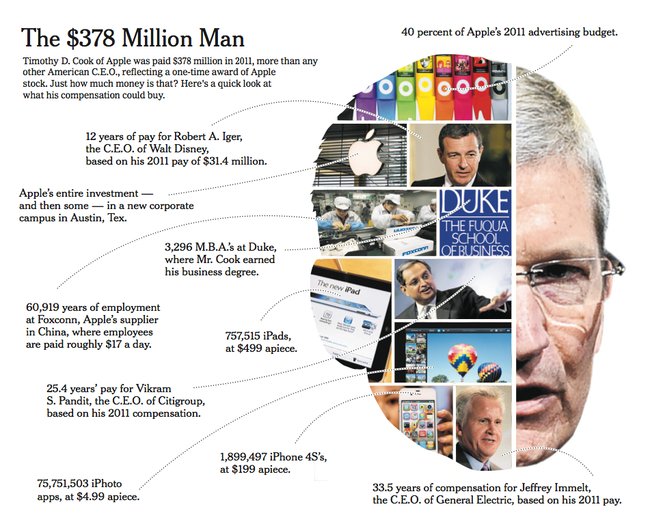 Apple’s Chief Executive Officer Tim Cook was the highest-paid CEO in the United States during 2011, according to a report from The New York Times (via Bloomberg). The report cited data from research firm Equilar who tracked executive compensation throughout the year.

To take home the top spot, Cook received about $378 million. That number includes his salary, perks, and bonuses of $1.8 million in addition to a one-time stock grant of $376.2 million that vests in 2016 and 2021. The report noted that stat works out to roughly a million dollars a day. However, many are taking issue with the number, because the majority of the money requires Cook to stay with the company for 10 years before receiving it…