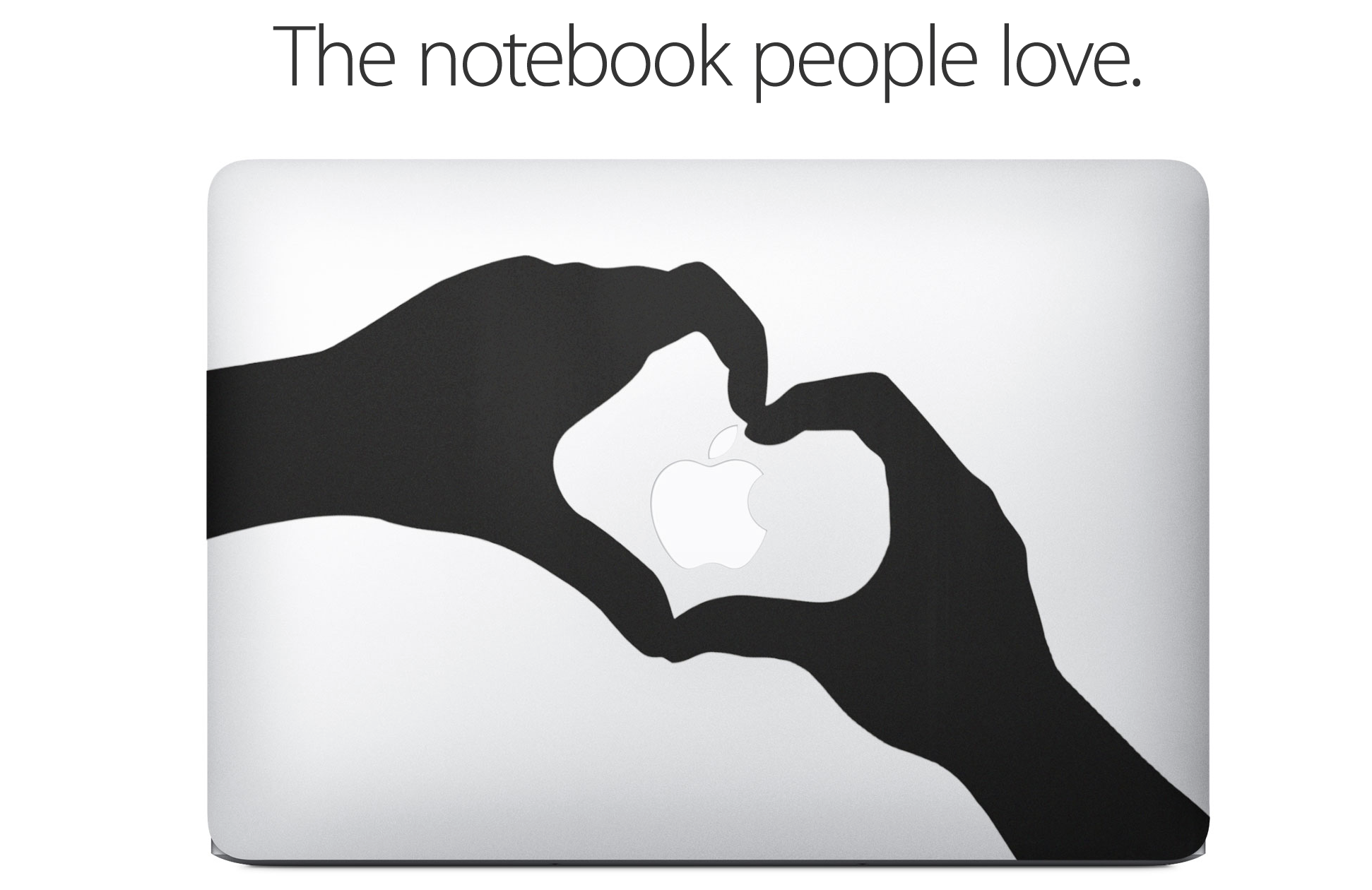 Apple has begun airing a new television advertisement for the MacBook Air that promotes the computer as “the notebook people love.” The ad demonstrates various personal connections to the MacBook Air via various stickers for the computer’s lid. Some stickers range from one of Homer Simpson holding the Apple logo, one with Snow White, and various cool black and white graphics. Apple last updated the MacBook Air earlier this year with improved processors and lower pricing, and significant updates to the line are expected this fall. Apple has also posted a new webpage to promote the ad and the stickers shown within the ad.

You can watch the ad below: