Got a company-issued iPhone? You may find homescreen apps locked into place … 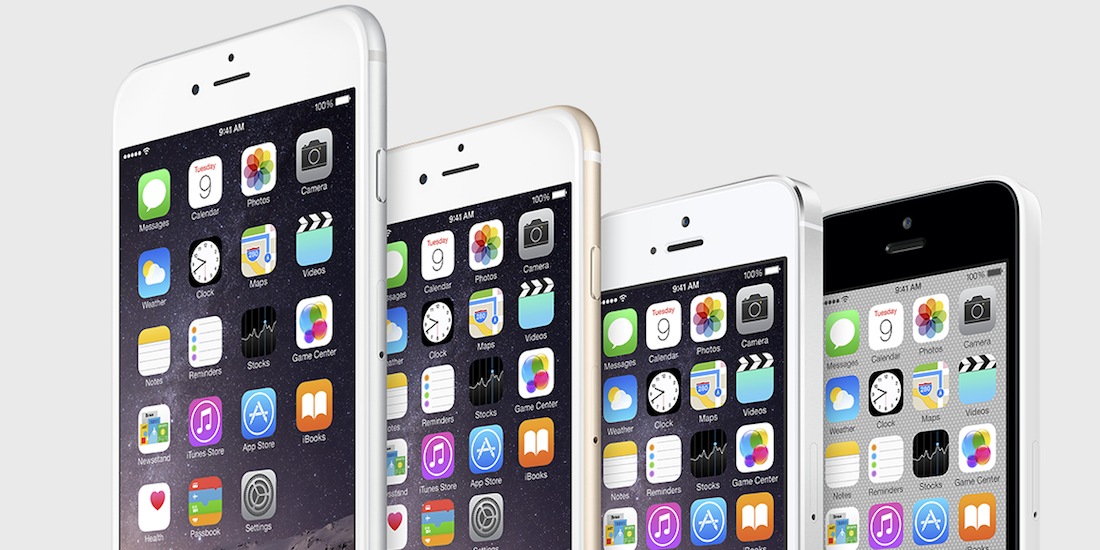 If you have an iPhone issued by your employer, you might find both your dock and homescreen being populated by the apps your organization wants to make front and center. Developer Steve Stroughton-Smith noticed that iOS 9.3 gives organizations greater control over the way apps are presented on the iPhones they control.

END_OF_DOCUMENT_TOKEN_TO_BE_REPLACED 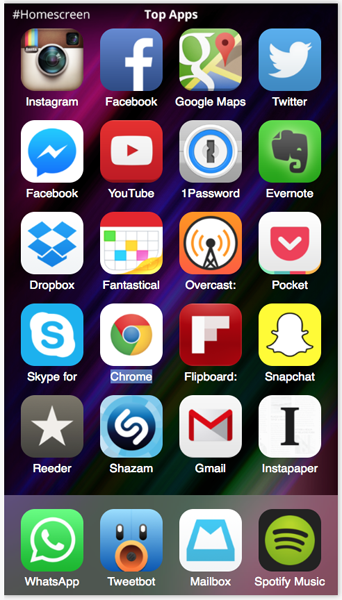 You don’t need to go any further than iTunes to see the most popular iPhone apps, but a couple of days after Betaworks launched #Homescreen, an app which allows people to share their homescreens on Twitter, we thought it would be interesting to check the results so far. The above image was the result at the time of writing.

#Homescreen is an app with a single function: it allows you to share your current iPhone homescreen on Twitter. Betaworks uses image-recognition to identify the apps, and pulls together a constantly-updated image showing the most popular dock and homescreen apps.

Betaworks excludes Apple’s own apps, but does note that “between 45 percent and 65 percent of the home screens examined had replaced Apple’s default apps with third-party options,” reports TechCrunch.

One trend the company noted in a Medium blog post is the growing popularity of third-party messaging apps.

Facebook is Messenger is on 14% of people’s homescreen, Whatsapp is on 12 percent, Snapchat is on 11%, Path on 5 percent (while snapchat and path arent straight messaging app’s, worth noting them here for comparison), Groupme 4.7%, HipChat on 2.6 percent, Line on 1.5 percent, Viber 1%, Kik is on 0.5 percent.

If you want to share your homescreen but can’t be bothered to download an app to do it, you can tweet a screengrab with the hashtag #homescreen2014.

If you have ever caught yourself peering at someone else’s iPhone home screen, be it the person sitting next to you on the subway or in a college lecture hall, look no further. New York-based startup studio and venture capital firm Betaworks on Monday released a new app called #Homescreen for sharing your iPhone home screen and discovering apps.  END_OF_DOCUMENT_TOKEN_TO_BE_REPLACED

Evernote pushed out a nice update to its iOS app today that brings a new customizable homescreen that will offer a few ways for users to personalize their experience. First off, the new home screen includes three color themes– Light, Dark, and Classic– but it will also now let users “add, remove, and rearrange sections” and quickly hide & reveal details for each:

The first thing you’ll notice are the redesigned New Note buttons that now sit at the top of the screen. They’re big, clear and easy to tap. Right above them, is the Settings gear. Tap it to get to the home screen customization options.

Also new in today’s update is the ability to automatically save scanned business cards to your contacts and adjust the quality of audio notes to “optimize for sound or file size.” Another new option will put the sync status bar below the Settings gear. In addition, Evernote said in a blog post that the new app is faster and more responsive:

We’ve made the app snappier and more responsive. For example, titling and retitling notes is now approximately a lot faster. Tap into the note title and the cursor pops in right away, note title suggestions appear to make things even quicker. We’ve also tweaked the note editor to make frequently used features easy to find. No more delays. In and out.

Version 7.3.0 of Evernote for iPhone and iPad is available on the App Store now.